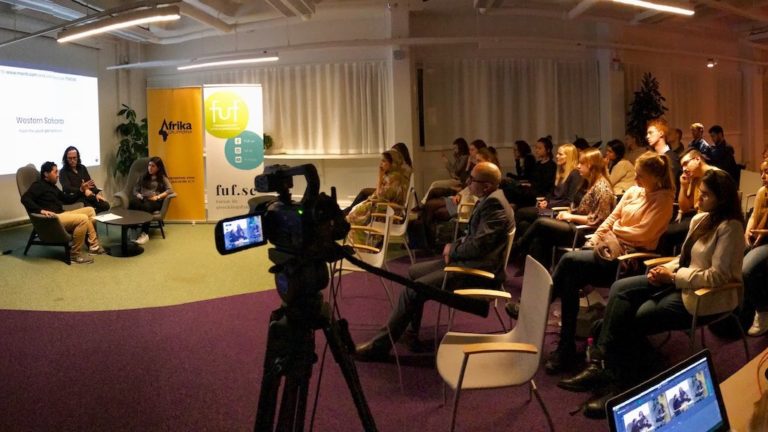 Western Sahara is the last colony in Africa, occupied by the neighbouring country of Morocco since 1975. Young Sahrawis who have grown up in the refugee camps and the occupied area are starting to lose faith in a peaceful solution to the conflict. Ahmed Ettanji, a young Sahrawi journalist, talks about life and human rights in today’s Western Sahara. Ahmed is interviewed by Aydan Latifi (FUF) after an introduction by Carolina Köhler de Castro (Afrikagrupperna). Recorded on 15 November 2018.