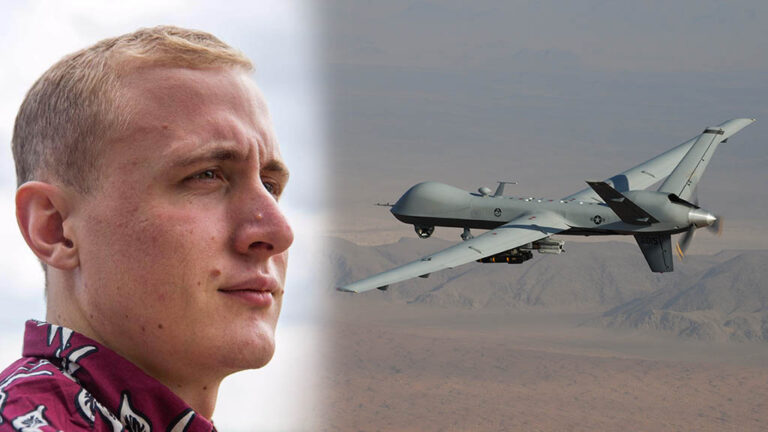 Modern technology is often seen as a necessity in war. But new technologies, such as artificial intelligence and drones, could just as easily be an important tool for creating lasting peace. The debater Zebulon Carlander thinks that we should think more creatively about new technology.

When talking technology and security policy, it is usually in the context of new advanced weapon systems. In the last decade, we have seen great advances in a number of technological areas, such as artificial intelligence and unmanned aerial vehicles (drones).

When these and other innovations are discussed in foreign and security policy contexts, it is usually about how they can be used on the battlefield - and to what extent they can be regulated and incorporated into existing frameworks for the laws of war.

It is, of course, natural to discuss it. The entire 1900th century was characterized by a constant effort to introduce new machines and systems into the world's armed forces. It is possible without being cynical to state that it is a reality that will remain.

What we do not need to do, however, is to see new technologies only from the point of view of how these can best be used in war. On the contrary, there is great potential for new innovations to be used to prevent conflicts, protect civilians, document violations of international law, and much more.

Just take the above examples as artificial intelligence and drones. As much as these have the potential to advance military targets in a war scenario, they can also be used for preventive purposes.

On the latest edition of Stockholm Security Conference, organized by, among others, the Peace Research Institute Sipri, an expert on artificial intelligence said that in the near future it can probably be used to make predictions about future human actions.

It is not unbelievable that artificial intelligence, for example, can be used in an unstable area to monitor the risk of genocide or any other type of human rights violation. This can be done, among other things, by following feeds on social media.

Then there are drones. 2010 was launched Satellite Sentinel Project aimed at using satellites to warn and document the advance and attacks of armed groups in Sudan. It is not difficult to see how drones can be used for the same purpose - and possibly with greater effect.

Another area where there is great potential for creative thinking about technologies is disarmament. Many of the views and models for thinking and acting in that area can be traced back to the Cold War, which in some cases is outdated.

With Foreign Policy Institute In early September, NATO Secretary-General Rose Gottemoeller said that disarmament work was too analogous and that digital solutions should be adopted, for example to verify the number of weapons systems in an actor.

We live in an increasingly uncertain world. Security policy tensions are rising and there are large areas in the world that are suffering from instability. It is a must that we begin to think more creatively and broadly about new technologies and how these can be turned around to promote and safeguard sustainable peace. It would be irresponsible not to try.