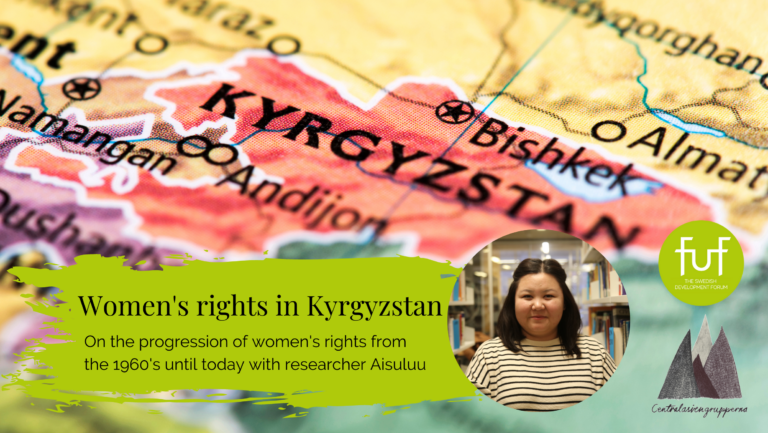 Central Asia Solidarity Groups and the Swedish Development Forum are pleased to invite you to a lunch seminar on December 15 at 12-13.00 CET. Register to attend here! Kyrgyzstan may be considered a hybrid regime, but when it comes to upholding human rights the country is seen as one of the most progressive ones in […]

On International Women’s day, Mexican women gathered to march the central streets of Mexico City. This is their response to the widespread daily gender-based violence. FUF’s correspondent reports from the march.

There is a strong women’s movement in India. Men’s participation in the movement is, however, still limited. In order to successfully work with gender equality, the women rights organisation Grameena Mahila Okkuta is educating men.

The #SupremeInjustice protests held in many cities across India in May 2019 were largely conceived, organised, and promoted online by gender activists. Photo: Padmalatha Ravi

A year has passed since #MeToo galvanised online gender activism in India. But as defamation cases rise and the accused remain powerful, activists need to look back at what made online activism so powerful in the first place.

Women are not being represented enough in politics in Georgia, but there are organizations working to change this. Photo: Maka Gogaladze/UN Women

Gender stereotypes are hindering women from entering politics in Georgia. Today, only 16 percent of Georgia's members of parliament are women. IDP Women's Movement For Peace (IMEDI) wants to change this by supporting women’s political engagements.