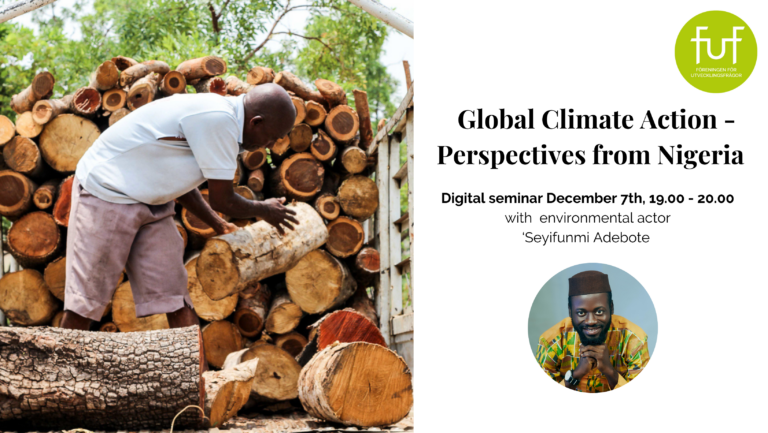 Like many other countries, Nigeria is affected by climate change. Rising sea levels, flooding, drought and desertification are only some of the consequences the country is facing. Nigeria is also an oil producing country, which has led to serious environmental problems, especially in the region called Niger Delta. The global climate movement is on the […]

From parliament to prominent – the new wave of activism

Both of us remember hearing news of a girl named Greta on strike alone in front of the Swedish Parliament, holding a sign reading ”Skolstrejk för klimatet”. It was hard to imagine then that a few months later, on 20 September 2019, she would inspire more than four  million people to follow her example at […]

Is a Lebanese Revolution underway?

“La Marea Verde” is a women reproductive rights movement that started in 2018 in Argentina. It has spread almost everywhere in the Latin American region, from Santiago de Chile to Mexico City. Photo: Danielle Lupin, Flickr

In 1993, the femicide of 13-year-old Alma Chavira Farel was reported to the police of Ciudad Juarez. This report marked the beginning of an investigation that discovered “Las Muertas de Juarez” (The Dead Women of Juarez) and that brought to light the violence that women suffer in Mexico. This situation incited the women to mobilize […]

The #SupremeInjustice protests held in many cities across India in May 2019 were largely conceived, organised, and promoted online by gender activists. Photo: Padmalatha Ravi

A year has passed since #MeToo galvanised online gender activism in India. But as defamation cases rise and the accused remain powerful, activists need to look back at what made online activism so powerful in the first place.

The Fight to Increase Women’s Political Power in India Continues

In Germany, an initiative of several non-governmental organisations (NGOs) is raising awareness of a draft law that can improve the lives of millions of people and the environment: the Supply Chain Act. But broad public recognition is still lacking.

Activists are pushing for development alternatives

Many globally established schools of thought, like the Degrowth movement, have their origins in activism. Photo: Jeanne Menjoulet/Flickr

“Décroissance!, Décroissance!” This was a slogan that could be heard and seen on the streets of protesting Europe about two decades ago in reaction to the G8 Summit – an intergovernmental forum of the leaders from the most powerful countries. Known in English as Degrowth, it is now one of the major development alternative projects. […]