Agriculture today feeds off the world’s dwindling freshwater resources, yet is a major polluter to the oceans. Dead zone in the Gulf of Mexico is the toxic cultivation from industrial agriculture, choking much of the marine life. The integrated effort in food production and diet could allow the ocean to breathe again.

Dating back to 8,000 B.C., the ability to construct irrigation canals facilitated the transition from hunting and gathering to cultivation for human civilization. Today, agriculture withdraws 70 percent of the world’s freshwater, and is the main source of water pollution. Water as a molecule travels through a circular system composed of ocean, air, and soil, and serves as a carrier of nutrients and pollutants. Therefore, it connects the seemingly distant agriculture and marine ecosystems and allows the natural ecosystems worldwide to affect each other.

In the summer of 1972, scientists first identified areas in the Gulf of Mexico as a dead zone due to the discovery of oxygen depletion at the bottom of the ocean. In spring and summer, algae would rapidly grow into layers on the water surface, in high concentrations that is visible even in aerial images. After exhausting the available nutrients that allow the algae to bloom, the extensive death of the algae and their decomposition proceed to deplete oxygen in the ocean. This drastic drop in oxygen levels leads to the massive die-off among marine life. Global warming exacerbates the situation as warmer water holds lower oxygen storage capacity, at the same time rises the respiratory rate among marine organisms to drain the oxygen at an even faster pace.

Further studies on the proliferation of algae reveal that the excessive nutrients washed down by the water channels are closely linked to industrial agriculture. Pollutants from fertilizer and manure brought into the ocean by streams and rivers are contributing to the formation of the dead zone. Agribusinesses like Cargill and Tyson, that slaughter 35 million chickens and 125,000 cattle on a weekly basis to supply meat to retailers like McDonald’s and wholesalers like Walmart, have a critical role in the dead zone pollution. Millions and thousands of livestock also imply tens of million tons of manure generated every year, which further deteriorate the quality of the Mississippi River. The fact that US citizens on average consume the highest amount of meat, 97 kilograms per capita per year in 2016, imposes a murky future for the Gulf of Mexico, with an expected increase to 99 kilograms by 2025.

With the Gulf of Mexico being a symptomatic dead zone among other such 500 sites worldwide, a study shows that paradigm shifts in both agricultural practices and consumption should be rapidly implemented in order to alter the status quo of the dead zone. Researchers from leading agricultural institutes in the United States are calling for public investment in agroecological principles, to aid the transformation from large scale monoculture to holistic and sustainable production systems. On the other hand, food companies are also taking more initiatives in serving plant-based alternatives as meal options in the hope of catering to the growing demand. By adopting sustainable approaches from both producers and consumers’ sides of the food supply chain, it can revitalize the ocean with a more promising outlook.

”With every drop of water you drink, every breath you take, you’re connected to the sea. No matter where on Earth you live. Most of the oxygen in the atmosphere is generated by the sea.” — Sylvia Earle, Oceanographer

Carolina Yang is a master’s student of Agroecology at Swedish University of Agricultural Sciences. With the background in forestry and resource management, she holds great passion in environmental sustainability, with a focus on sustainable food system. 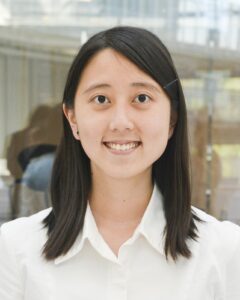