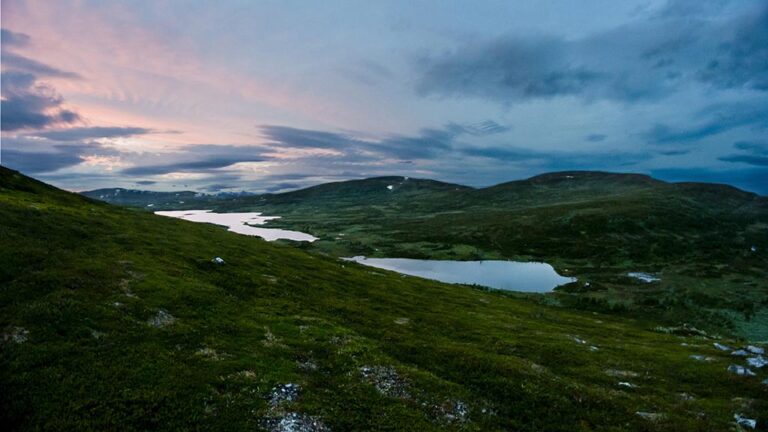 These are the first lines of the Sámi Artist Sofia Jannok’s song, in the English translation named Wide Open Tundra of the Sámiland. The Sámi people represent the indigenous population spread over the northern parts of Norway, Sweden, Finland and Russia. They are recognized as an indigenous population by the United Nations, giving them the right to preserve and develop their culture, language, traditions and identity as nomadic reindeer herders. 20-000 to 40-000 Sámi people live in the North of Sweden, where a constant conflict over land and natural resources has emerged throughout the past decades.

Globally, Sweden has a very good country reputation when it comes to its democratic design, equity aspects, environmental concerns and its generous humanitarian aid. However, the Sámi people have experienced a continual encroachment of their land and resources, combined with religious and cultural assimilations and oppressive policies and laws, inhibiting the free expression of their cultural heritage. Today, the Swedish government has “rhetorically” accepted the preservation of the Sámi culture, but once their livelihoods conflicts in any way with Swedish industrial interests things turn sour. The conflicts arise as economically beneficial practices such as the mining, forestry and renewable energy industry disturb the Sámi’s coexistence with nature and restrict their traditional land use.

Sweden’s largest mining company LKAB for example is based in Kiruna and its pursuit for growth has led to the 2004 relocation plan of the city and its inhabitants by 2035, to make way for one of the world’s biggest underground iron ore mine. The mining activities cause cracks in the earth and will lead to the collapse of the nearby mountain, which will make the city disappear. Kiruna is surrounded by Sámi villages. The replacement of the city to their area of interest will therefore decrease their land for herding. Additionally, large scale logging practices and the need of grassland for the Sámi’s reindeer herding are the two most extensive forms of forest utilisation in the Northern part of Sweden and therefore cause conflicts. As the Sámi do not have their own land rights, they are legally permitted to let their reindeers graze on private and state-owned land, which in practice leads to disagreements and hostility between the two parties. The construction of hydropower dams and giant wind farms in the region also restrict the grazing land for the reindeer herders and subsequently their ability to preserve their cultural heritage, which the Swedish government “rhetorically” seeks to protect through increasing grants for the Sámi art scene and cultural life, elegantly omitting political- and economic-, such as land rights.

The conflict between capital market forces and human rights, which exists in many other countries as well, becomes visible here. It remains to say that the Swedish government is one of the few that has not ratified the ILO Convention 169 on Indigenous and Tribal People from 1989, which would guarantee the indigenous population certain rights and protection of their habitat. There are no clear arguments against its ratification. The FUF-bladet 2018 article on the Sámi’s legal situation and perception among the non-indigenous Swedes gives further insights in the Sámi’s legal situation in the country and rises the question to whether it really should be the way that Swedes know more about other indigenous populations than the one living in the own country? Beside this socio-cultural perspective, the state dodging its responsibility triggers a crack in the facade of Sweden’s supposed moral authority. This leaves us with the idea that economic interests are the primary target for Sweden, notwithstanding the survival of indigenous cultures in their homeland – home of Sámi children– to express it in Sofia’s words.

After living and working in the Latin American context for over 4 years, Brita is now studying for a Master's degree in International Development and Management at Lund University. She is originally from Switzerland, where she concluded her Bachelor's in International Relations with a thesis about social entrepreneurship. In the future she wishes to work in the social entrepreneurship sector, including development topics, such as gender issues and peace building.