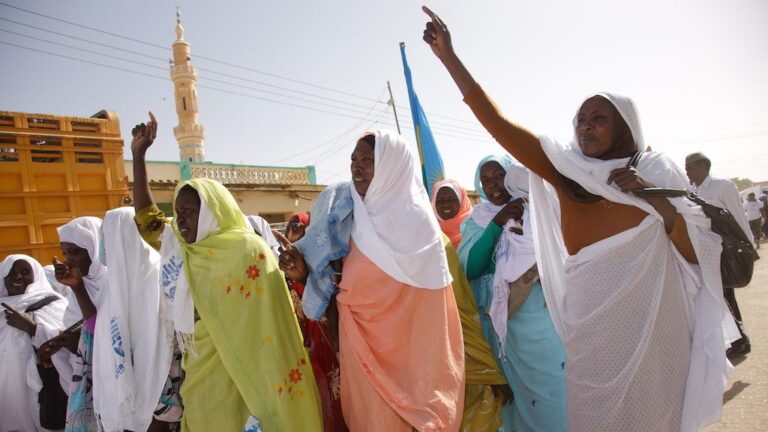 After decades of oppressive laws preventing women in Sudan from acting and dressing freely, it was women who were at the forefront of the Sudanese revolution that eventually led to the removal of President Omar al-Bashir after 30 years in power.

Since then, however, the women have once again been pushed aside. Although they played a significant role in ending the oppressive dictatorship, women were largely excluded when civil society groups and Sudan’s military began to negotiate over the country’s political future.

Ikhlas Mahmoud, President of the Sudanese section of Women’s International League for Peace and Freedom (WILPF Sudan), will discuss the current situation and challenges related to the transitional period, as well as what can be done to increase women’s participation in political processes. The seminar will be moderated by Louise Ricknert, Board Member of WILPF Sweden (IKFF).

The seminar is co-organized by FUF’s Event Group and WILPF Sweden. The Event Group is a volunteer group consisting of young FUF members in Stockholm (click here for information in Swedish). Please note that the venue is located half a floor below street level with no elevator. The seminar is held in English.