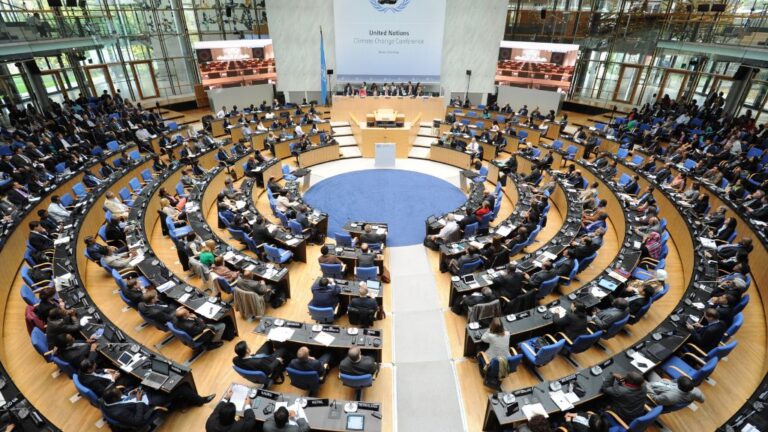 Every conference on climate change creates a great deal of expectation and disappointment. But why do conferences on climate change fail? Daniel H. B. Gamez, master’s student in International Relations at Linköping University, reflects on the subject in a guest analysis. Photo: UNclimatechange. Source: Flickr.

Every conference on climate change creates a great deal of expectation and disappointment. World leaders fly from every corner of the world to make big hopeful statements. Yet, by the end of every conference, the chant is usually the same – more could have been done. However, if political leaders are aware that this is a serious issue, why do conferences on climate change fail? The answer might have to do with different reasons.

Climate change is a global issue that affects all nations. As a result, world conferences and summits – for example, the Johannesburg World Summit, the Kyoto Protocol, the Copenhagen Conference, and the latest Stockholm+50 – have been held to address this issue. However, negotiations have been marred by gridlock and severe divisions. The primary reason for this is that, in international politics, in the absence of a global central government, multilateral collaboration involves inter-state interactions, international organizations, and international law. In other words, the lack of a single organization to regulate the global commons necessitates international cooperation among nations that have jurisdiction and sovereignty over their respective regions.

Why are there disagreements between international actors?

Consequently, numerous actors have been attempting to collaborate on global climate policy. The problem is that international cooperation among states necessitates strong agreement that is not always easy. For instance, states are primarily responsible for putting agreements into effect, although there are no clear enforcement mechanisms in place on a global scale.

Importantly, disagreements between states are largely due to economic and political factors. Previously, there was global agreements on environmental issues that involved control over marginal areas that were easily manageable (for example, The Montreal Protocol and the Ozone Layer).

However, addressing the current global climate change will necessitate significant sacrifices in areas such as energy, transportation, and agriculture – all of which are critical for economic growth. Similarly, regulating transboundary environmental issues entails taxes, adherence to norms, trade restrictions, high renewable energy costs, and other factors that undermine a state’s internal and external sovereignty. These last two points explain both the withdrawal of the United States and Canada from the Kyoto Protocol and the reluctance and obstruction of developing countries.

How the international economic and political distribution of power unfolds

Let us now observe another essential piece of the puzzle. There has been a significant structural change in the international system while climate policy negotiations took place. To give an example, China, India, and Brazil have grown into preeminent emitters (see figure 1). The reason? It is well known that the shift in manufacturing from the United States and Europe to Asia, particularly China, has resulted in both global economic growth and emissions (see figure 2). However, China has been willing to negotiate because they have achieved tremendous economic success by cooperating with liberal institutions – for example, World Trade Organization. Analytically, trade and globalization have increased institutional and economic interdependence on the international level without directly increasing awareness of climate change.

As a result, the responsibility for emissions and pollution, as well as expected obligations and the constraints on states, have impeded consensus and collective action on global climate policy. Consequently, post-Kyoto treaties have been characterized by repeated deadlocks. Up to this point, one thing is clear, previous environmental treaties were possible because of the undemanding sacrifices.

According to John Ikenberry, professor of Politics and International Affairs at Princeton University, China and other emerging economies rely on the world order remaining cooperative. However, they will increasingly try to shape the rules, particularly those detrimental to their interests. In other words, the greater the influence of developing countries within the global economy and politics, the greater the difficulties for cooperation on environmental issues. The outcome of the COP26 summit demonstrates this concept – coal countermeasures got rejected by India, China, and other coal-dependent developing countries.

Another issue can still get identified. Namely, the longer the democratic processes take, the more complex the treaties become. In other words, the presence of veto players will eventually slow down the process and the spirit of the conference. To illustrate this better, let us consider the failure of the negotiations for the establishment of the International Trade Organization (ITO), an international institution that would have facilitated trade agreements at the international level (later replaced by the World Trade Organization). According to professor of International Relations at Hamburg University, Amrita Narlikar, a treaty or conference with a broad membership that is open to democratic features such as elections can be challenging to succeed if combined with an extensive policy agenda. For this reason, ITO failed. Another example is the Paris Climate Agreement where the Trump administration withdrew formally, conversely to the previous administration’s approach.

Moreover, decision-making processes can be tedious and long. There is today a vast network of organizations, regimes, and private initiatives within and outside the UN system. Finally, Professor Narlikar points to the fruitful negotiations of the General Agreement on Tariffs and Trade (GATT) as an example of a policy agenda that is limited and not radical, and, therefore, more likely to succeed.

As we have seen, transnational knowledge-based networks and scientific communities are crucial in influencing policy choices and raising awareness of environmental issues such as climate change. However, despite their efforts, the extent to which states reach agreements on negotiations will depend on the feasibility of the agenda, and it will reflect the impact of the international distribution of power economically and politically.

Today, it is clear that international politics has been moving towards a multipolar world order (i.e., power gets distributed among many nations). Therefore, developing countries will increasingly oppose climate conferences that threaten to harm their interests. Or to quote Marx, between equal rights, power decides.

Daniel H. B. Gamez is a master's student in International Relations at Linköping University. While studying, he developed research interests in political stability, social movements, comparative politics, and power politics. As an active student involved with his university, he has also been editor-in-chief of the Stockholm Journal of International Affairs, a student magazine of the Stockholm Association of International Affairs (UF Stockholm or SAIA), vice-president of the student council, and student representative at the Department of Humanities at Stockholm University. 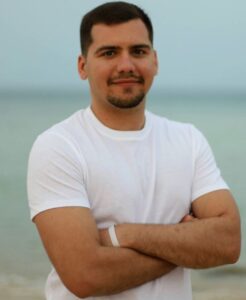