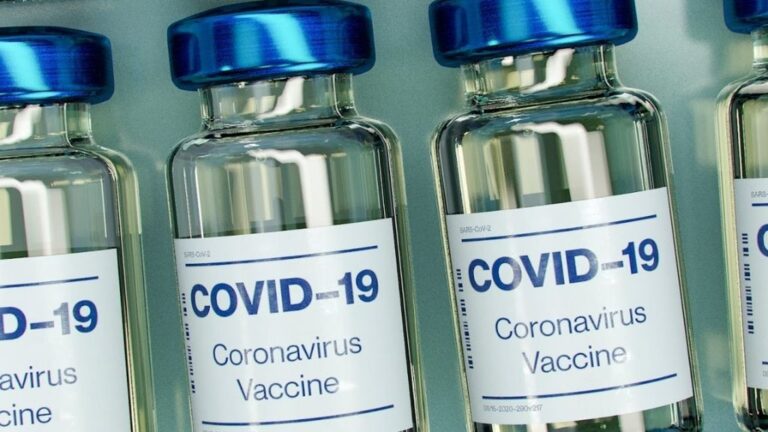 To defeat this pandemic we need to have fully vaccinated at least 40 percent of the population in all countries before 2022, according to the WHO. Photo: Daniel Schludi/Unsplash.

The United Kingdom's former travel policy provoked outrage as it discriminated recipients of the Covax initiative – a global operation to ensure equitable access to the vaccine. The rules came as a shock and received global critique. In the delicate political climate of the pandemic the policy could potentially be damaging in the global fight against Covid-19.

As the UK relaxed their inbound travel regulations this fall, they broke the news that they would not be welcoming fully vaccinated travellers from a number of countries, including India and a large portion of Africa. No African country had been put on the green list and nearly half of the red listed countries were located on the African continent, according to CNN. This has stirred up controversy and accusations of discrimination.

The African Central Disease Control (ACDC) expressed concerns about the impact this policy may have on escalating vaccine hesitancy and creating mistrust between the people and the authorities across Africa. In essence, damaging the trust they have built this far, will make the already difficult situation with vaccine roll-out even worse.

Vaccine hesitancy is a battle faced by many African countries

Low trust in authorities can be linked to high vaccine hesitancy, according to a survey conducted by Afrobarometer, a non-partisan, pan African research institution. Countries such as Senegal and Liberia, had a mistrust of 83 percent and 78 percent – and a vaccine hesitancy of 79 percent and 66 percent respectively.

To defeat this pandemic we need to have fully vaccinated at least 40 percent of the population in all countries before 2022, according to the World Health Organisation. This is a goal that many countries are struggling with due to disparities between countries and regions.

The criticized UK travel policy has created confusion and disappointment

The UK’s actions can be interpreted as contradictory because the policy denies the vaccines that they themselves have donated to the Covax initiative.

– If you send us vaccines and we use those vaccines, and you say you don’t recognize people that have been immunized, it sends a very challenging message for us, says John Nkengasong, Director of the African Central Disease Control in a press conference.

After receiving criticism by several institutions and organisations, a policy change was made by the UK government. As of the 11th of October, the countries that previously were affected by the policy and denied entry due to non-valid vaccine proof, will now be accepted into the UK with their vaccine certificates, according to the official UK government website.

Consequences of policy may become impactful in fight against Covid-19

Word Health Organisation says their Vaccine Equity-campaign is the key to solving this health crisis. The threat of inequitable vaccine distribution is not only damaging to the human lives that are left vulnerable to the coronavirus, but also the global trade and economy that are suffering a major hit – having lost billions so far. The WHO warns us that continued transmission also means more variants of the virus that could potentially evade vaccines.

Although the UK has reconsidered their policy, the damage was done already as it contributed to the mistrust in many African authorities. The low African vaccinations rates, and the vaccine hesitancy potentially rising, is preventing the world from overcoming this pandemic and driving the global recovery. Because no one is safe until everyone is safe, as stated by WHO and several other organisations.