China, source to some of the world’s largest rivers, has pushed for the construction of dams along its river systems at an unprecedented pace. But what does this concentration of power over water resources mean for neighbouring countries?

Hydropower is often praised as an environmentally and socially acceptable alternative to fossil fuels in the fight against man-made emissions. For many less industrialised but water-rich countries in particular, it seems to be a promising opportunity to boost economic growth and ensure energy security.

In many cases, however, commercial hydropower development involves the building of large dams along rivers. This has several negative impacts on local communities, which depend on the rivers for their livelihoods, and on the ecosystem health of surrounding areas. But dam construction is not only problematic for the environment and local people. As seen in the case of China’s transboundary river policies, they can also be a strategic instrument for withholding water resources from neighbouring countries.

China has more than 40 cross-border rivers with its neighbouring countries, including major water systems such as the Yangtze, Mekong, Brahmaputra, Indus and Ganges. Most of them have their sources in the Tibetan Plateau, which falls largely into the Chinese-occupied region of Tibet and is also known as the world’s third pole due to its enormous freshwater reservoir. More than 1.4 billion people in downstream countries like Bangladesh, Nepal, Pakistan, Myanmar and India depend on the rivers from Tibet. India alone draws half of its river water from Chinese territory, at 347 billion cubic meters per year.

However, in view of increasing water scarcity, it is in China’s direct interest to keep as much water as possible within its borders. This explains in part China’s urge to build new dams, which could soon make the Himalayas the most dammed region in the world.

The Brahmaputra river, or Yarlung Tsangpo in Tibetan, has seen some of the Chinese government’s most ambitious dam projects, including 12 existing dams and 28 planned dam projects further downstream. In addition, the feasibility of diverting 200 billion cubic meters of water into the Yellow River in eastern China is currently being tested as part of China’s multi-decade South-North Water Diversion Project. At the same time, Brahmaputra is of immense importance for neighbouring Bangladesh and India. At almost 170 million cubic meters, the river’s annual transboundary discharge to India alone is higher than the combined outflows to Southeast Asia. It has been reported that if the Chinese diversion project succeeds, there will be a sharp decline of 60 percent of the total annual water flow to India and Bangladesh.

Given China’s ambitious plans for its cross-border rivers, it is all the more striking that it rejected the signing of the 1997 UN Watercourses Convention which provides a legal framework for the management of transboundary water systems. Moreover, there are currently no water treaties between China and its southern riparian states, including India, Bangladesh and Nepal.

This puts China in a unique position of power over water resources. As geopolitician Brahma Chellaney said: “Whether China intends to use water as a political weapon or not, it is acquiring the capability to turn off the tap if it wants to; a leverage it can use to keep any riparian neighbors on good behavior”. This highlights the importance of international binding rules and regulations for the use of transboundary water resources.

Hanna Geschewski is currently pursuing her master’s degree in Environmental Studies and Sustainability Science (LUMES) at Lund University. She is 28 years old, comes from Northern Germany and has spent the last nine years in Nepal and India, making South Asia her second home 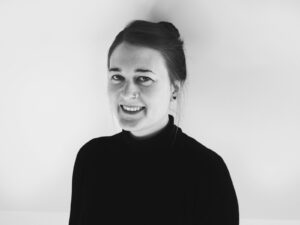