Gabriel García Márquez, Latin America’s most revered author, writes in his classic, spiralling interpretation of Latin American history One Hundred Years of Solitude: “It is easier to start a war than to end one”. This statement resonates with his native country Colombia. In November 2016, the Colombian government and the rebel group Revolutionary Armed Forces of Colombia (FARC) signed a peace agreement, bringing an end to a conflict that lasted for over 50 years. The peace agreement includes conditions for both parties. FARC must demobilize its troops, while the government pledges to fund development in the rural areas most impacted by the conflict. International coverage celebrated the historic peace treaty and the former President of Colombia, Juan Manuel Santos, received the Nobel Peace Prize for his efforts during the process. Four and a half years after the official end of the conflict, peace is still being built on increasingly fragile grounds. In 2018 a new government, led by current President Iván Duque, was voted into office with promises of changing the peace agreement.

The peace process was surrounded by uncertainty even before it truly got off the ground. An earlier version of the peace agreement was narrowly voted down by Colombians in a referendum. Many felt the conditions for peace were too lenient towards ex-guerrillas. After slight changes, President Santos took the agreement straight to the parliament, where it was approved. After the 2018 election, the implementation of the agreement’s conditions has been moving at a slow pace. In a report released in February 2021, opposition members of the Colombian parliament describe the progress that has been made so far. Many of the actions in the agreement are still pending with the least progress made in the rural municipalities most affected by the conflict.

– We see a lack of commitment from the government to transform the territories once controlled by FARC. Those areas are now becoming very unstable, Juanita Goebertus, a Colombian congresswoman, told The Atlantic.

Over 60 percent of the ex-guerrillas are not linked to any productive project sponsored by the government. Victims of the conflict also face a slow road to compensation. Only 15 percent of the registered victims have been compensated. With the current pace it will take over 40 years to compensate all victims.

The war ended but the violence did not

While the decades-long conflict officially ended, violence has remained at a high level in many parts of the country. The Bogotá-based non-governmental organization Indepaz reports that a rising trend in assassinations and massacres has followed the signing of the peace agreement. Civil rights leaders and former FARC fighters have been at particular risk of violence. In 2020 alone close to 300 assassinations of civil rights leaders and advocates took place. During the same time, 246 former FARC fighters were killed. Many of the killings have been linked to right-wing paramilitary groups and criminal syndicates that have gained more power in the rural areas in the absence of FARC. Some former FARC members have cited the threat of violence and the neglect of the peace conditions as reasons for taking up arms again. Iván Márquez, an ex-FARC commander, gave up his senate seat and announced the return to arms with a group of dissidents. Colombian think tank Pares reports that close to 1,800 former guerrillas have returned to combat. Fears of erosion of the peace and return to the conflict have arisen. In 2019 The New York Times reported that the Colombian army, frustrated with the handling of the peace agreement, issued orders on ramping up operations and killings of criminals and militants.

Uncertain future of the peace agreement

Full implementation and national healing in Colombia require the firm support of the government. The current government has, however, shown little interest in achieving this goal, according to human rights defender Hector Mariano Carabali from the rural Cauca region.

– Signing a peace agreement doesn’t mean peace for a country, it takes a lot more than that. The government is not implementing the deal, he told Al Jazeera.

Moving forward, the peace agreement is in an increasingly uncertain position, as the government is caught in a wave of political unrest and protest. Signing a peace agreement takes years and a great deal of effort, but achieving peace can prove to be an even more difficult task.

What does the peace agreement include?

– Ceasefire and demobilization of the FARC forces;
– Rural reform to revitalize the areas worst hit by the conflict and integrate former FARC fighters back into society;
– Help for farmers to substitute away from illicit crops, like coca for criminal organizations;
– Political participation: expand democracy and allow former FARC members to establish a political party;
– Justice and compensation to the victims of the conflict.

Aarne Hakomäki is a master’s student in Economic Development at Lund University. His focus lies in the political and economic drivers of development and sustainability. 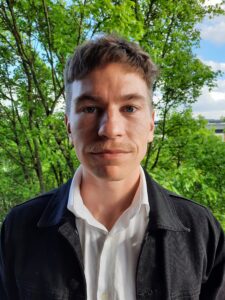