The military’s patriarchal and conservative values prevent women from reaching too high in the societal ranks. The 2008 constitution of Myanmar even establishes women to be unsuitable for certain positions in society. In the UNDP’s Gender Inequality Index, Myanmar ranks 118 of 162, just ahead of Venezuela.

Despite bad power odds for women, Aung San Suu Kyi climbed to the highest position Myanmars’ newly established democracy was able to offer. With a Nobel Peace Prize and full support of the democratic world, the military junta were forced to concede at least some of the legislative power to Suu Kyi after her landslide election victory in 2015.

Non-military political parties are today the only entities of power where Myanmarese women have a chance to develop a reliable representation. Still, very little has been done by parties to protect female political participation.

Suu Kyi is currently in house arrest – for the third time since 1989 – as a result of the February military coup. Since then, Myanmar has experienced nationwide demonstrations with women in the front lines. As the death toll climbs to over 700 killed by mid-April, the protests do not seem to slow down.

Women have most to lose from yet another militant-conservative reign and will not so easily silence their newly found political voice.

Female-dominated working sectors and unions stand out from the crowd as they gather in the hundreds of thousands. Teachers, nurses, and garment workers, both young and old, make their voices heard in the streets of Yangon and Mandalay.

Myanmarese women are educated and essential to the economy to a much higher extent than during previous military coups. Women know what is at stake for them and for future generations.

The military atrocities carried out against the Muslim Rohingya minority further disclose the risks minorities face during military rule. Women being a minority in a society under the military junta further fuels their commitment to human rights and democracy.

When Aung San Suu Kyi won the 2015 election as the chairperson for the National League for Democracy (NLD), the military agreed to a gradual democratization process.

That democracy development was halted in 2021 by a coup led by Army General Min Aung Hlaing due to fear of democratization going too far, which would risk the military’s long-term power of government.

However, the relatively free lives which the people have enjoyed for the last 10 years have left a mark.

Poverty drastically fell. A modernization of the economy resulted in rapid economic growth. Almost 20 million people got internet access. Media censorship was abolished. The number of women and girls getting an education climbed so dramatically that women nowadays outnumber men at every level of education in Myanmar.

The people of Myanmar – especially women – have made clear to the world and to dictator Min Aung Hlaing that they will not sit back and watch while the military erases the development which the people have worked so hard for.

Despite over 700 deaths in the protests against the military coup – some of which were children – the movement for democracy tirelessly continues.

Sanctions from the US and the EU only deepens the military’s dependency on China. More serious and effective measures from the international community are required.

We must stand with Myanmar’s struggle for democracy and fight military rule.

Lives depend on it. 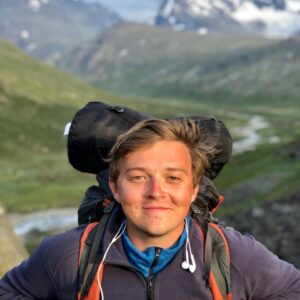