War Child is an international child rights organization, focusing on education, protection and psychosocial support. We are committed to protecting and supporting children affected by armed conflict. We empower them to claim their rights, develop to their full potential and contribute to a peaceful future for themselves and their communities. Together we help children and young people make their voices heard. At the moment War Child is working in close to 20 different countries worldwide. The organization is recognized for its excellence  in regards to combining an active research agenda with method development.

Together we take the war out of the child.

The Stockholm office was set up in 2016 and is covering the Nordics and the Baltic states. Besides the support to our global program we also focus on psychosocial support to newly arrived youth, in a way to ease their integration into Swedish society. This part of our work is currently scaled up.

The team at the office in Stockholm consists of five dedicated and specialized people, plus temporary staff. As a decentralized organization the team maintains close links with the team in Amsterdam where many of the international functions are located as well as the offices spread around the world.

No child should be part of war. Ever.

The interns work closely with the mentor, this being the Secretary General of the organisation (the Stockholm team). In this position the interns have a good opportunity to chose which part of the work they want to focus on, within the activities as described in the Annual Action Plan and the grants that have been approved by external donors.

The War Child Sweden office is located in a 17th Century building in Gamla Stan (old town) in the very centre of Stockholm. There may also be the opportunity to do part of the internship at the War Child office in Amsterdam, which is much larger, with some hundred employees.

How the internship is related to the UN Sustainable Development Goals

The intern, depending on interest, will most likely work with those SDG’s that are closely linked to the Convention of the Rights of the Child (CRC), with special focus on education, protection and psychosocial support. War Child Sweden is coordinating the national network on mental health and psychosocial support and the previous interns have been involved in developing this quickly developing component of our work. Gender (SDG 5), education (SDG4) and peaceful societies (SDG16) are other aspects that are core for the organisation. But it is also so that the interns themselves will have a big say on what aspects of the work they would like to focus on. 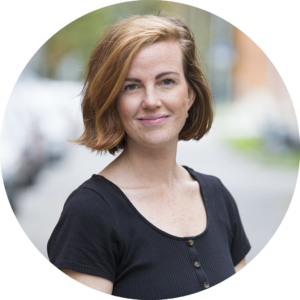