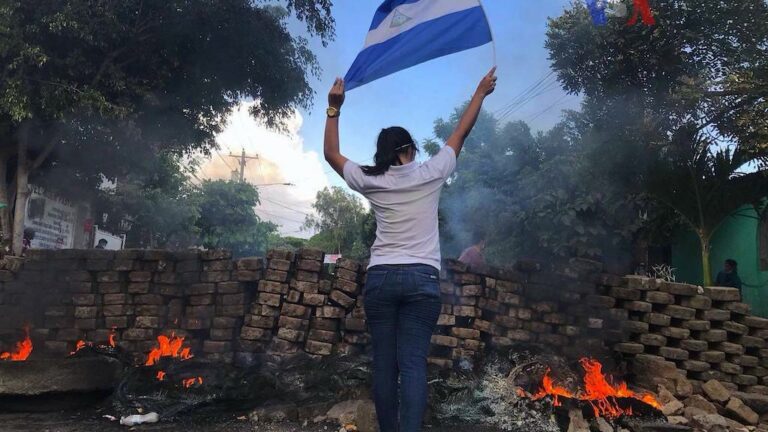 In April last year, national protests began in Nicaragua against the government led by Daniel Ortega. Since then, more than 300 people have been killed and thousands have been imprisoned accused of, among other things, terrorism. International observers are denied entry to the country.

When the newspaper The Economist recently released its democracy index for the countries of the world, Nicaragua had joined the group of authoritarian states. More than 25 Nicaraguans have fled to neighboring Costa Rica. Others have fled to Mexico, the United States and Europe.

In Sweden, 270 Nicaraguans sought asylum last year. That is three times more than last year. One of them is Gabriela Pichardo, a university student who was involved in organizing the protests against the regime in April last year. She was later arrested and subjected to degrading and illegal interrogations for several days before being released and fleeing the country. Now she visits FUF to tell about how the protests began, what they are about and why people are fleeing.

The conversation is led by Erik Halkjaer, board member of Reporters Without Borders and freelance journalist who has covered Nicaragua for many years.

The seminar is held in Swedish and Spanish. What is said in Spanish is translated into Swedish.