Why is Jesus white? - Discussion on White Savior Complex 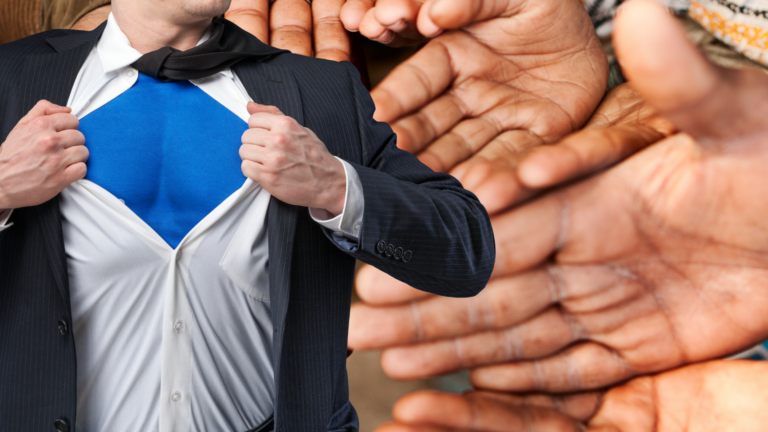 When Christmas is just around the corner, we often feel a little extra generous and generous. Employers buy goats for "poor African families" for their employees, movie clips with malnourished children make us cry, and from the speakers in our shopping malls, Band Aids song from -84 Do they know it's Christmas ?: "And there will not be snow in" Africa this Christmas time The greatest gift they'll get this year is life "It is clear that we, who have […]

We must become better at demanding transparency

New report: Give the donors more

Many non-profit organizations lack transparency and only 7% of those who donate to charity have a high level of confidence that the money will come, according to a new report from Charity Rating. The organization's operations manager Gerda Larsson calls for improvements.

The question is not how much you earn - but what you actually do.

Last week, the newspaper Omvärlden released its annual review of executive salaries in the development assistance industry. Once again, the question of compensation levels falls on the agenda, but what exactly is a reasonable compensation for employees in the non-profit sector or who work with development assistance? Charity Rating considers this to be an incorrectly worded question.

Reply: Impossible for donors to predict and influence Musikhjälpen's choice of project

The music help does not give donors the opportunity to influence which projects are supported with the money raised, either before or after the collection. In addition, the donors' opportunity for their own follow-up is made more difficult by the fact that the feedback from the projects to Radiohjälpen is difficult to find. It writes Gerda Larsson, Charity Rating, in a reply.

Reply: Intermediate or not?

Intermediaries like Radiohjälpen make it easier for charity donors and we can set quality requirements that would be impossible for individual donors to demand. It writes Per Byman, Secretary General of Radio Aid in a reply

Reply: "We do not portray children as helpless victims"

The concept of fundraising galas is not without its problems and it may seem strange to arrange a glamorous event focusing on other people's misery, but tonight's gala "Children of the World" is a tool for fundraising and education. The purpose is not to convey an image that "we" are before "them" or to arouse feelings of guilt by portraying helpless children, writes Radio Aid's general secretary Per Byman in a reply.

TV viewers should be critically aware of how fundraising galas such as SVT's "Together for the Children of the World" depict poverty and the development of countries. Images of starving, helpless children are used for commercial purposes and are based on a colonial notion of the white man's burden and the superiority of the Western world. It writes Alma Wallengren, who recently wrote an essay on the subject at the University of Gothenburg