When the 1.3 billion people of India woke up on the morning of November 9th, 2016, many of them had become poor overnight. After Prime Minister Modi's sudden decision to ban a staggering 86% of all cash in circulation, the 500 & 1.000 rupee notes had become nothing more than “worthless pieces of paper” and […]

The 'XO' Laptop aims to connect children across the world to new educational opportunities. Photo: One Laptop Per Child, Flickr.

New technologies have the potential to provide educational opportunities in underprivileged contexts. Examples from India, however, show that it is not only innovative technologies that are important, but innovative uses of technology.

Rohingya Refugees are being Tagged and Tracked

A Rohingya refugee boy has his fingerprints taken and stored in Bangladesh. Photo: Kevin Frayer.

Of: Iryna Sharypina and Tessa Stockburger

With the production and handling of sensitive data, humanitarian organizations could be risking the lives of the very people they're mandated to protect. Yet, they might not even realize it until it is too late.

The Big Push for Blockchain comes from the Global South

Is "Sky Ambulances" the future in Health Care? 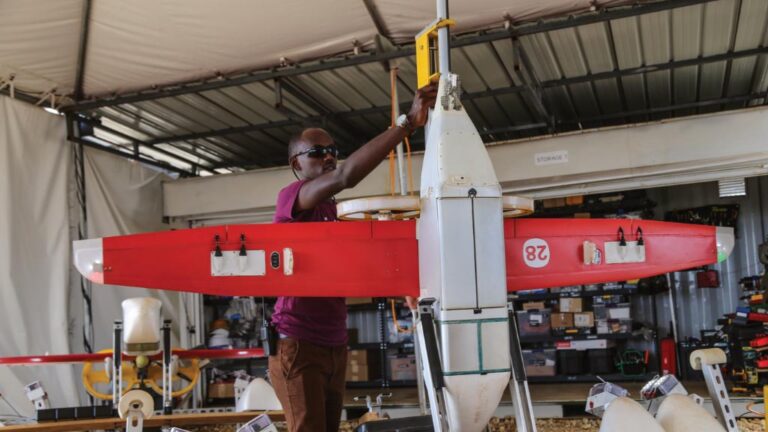 Zimbabweans from all walks of life in a solidarity march calling for President Robert Mugabe to step down in November 2017. Photo: Zimbabwean-Eyes, Flickr.

What if 20 years' worth of US fossil fuel emissions was released due to unsustainable land use? Exploiting the world's largest tropical peatland, recently discovered in the Congo Basin, might turn this scenario into reality.

Does technology improve or imperil agriculture?

Innovation has been pinpointed as a crucial strategy to shift towards a sustainable food system in the EAT-Lancet Report released in January. Although agricultural innovation should not be limited to technology, it has undoubtedly had substantial impacts on our current food systems. Technology, however, is a double-edged sword, and should be properly evaluated prior to its application.