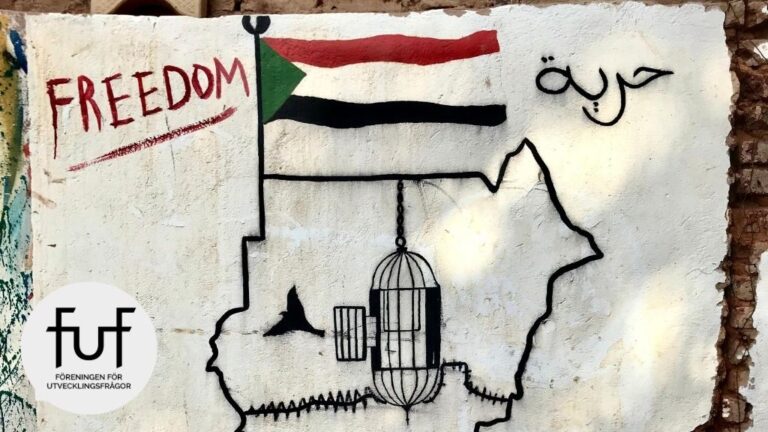 A lot is happening in Sudan, after years of civil war and millions of people who lost their lives or had to live on the run, you can now see hope in a country on the rise. Spring 2019 took power after a military coup and ousted President Omar al-Bashir's 30-year-old regime. Right now, the trial is in full swing against him, where he is charged with, among other things war crimes, human rights abuses and genocide. Sudan is instead governed by a transitional council and an interim government, which is working to get a democratic election in 2022, but already this year came the majority of improvements for the people, where female genital mutilation became illegal, something that it previously estimated by the UN affects 9/10 girls in the country, also to arrest women for so-called. "Violations" such as dancing at a wedding are now illegal and it is no longer punishable by death to abandon one's Muslim faith.

Therefore, FUF chooses to continue its work to deep diving i world developments and how this affects Sweden's work with development issues in Sudan in particular. Welcome to a live broadcast with Anna Saleem Högberg, Sida was sent as an aid adviser to Khartoum in Sudan. Saleem Högberg will talk about the latest exciting developments in Sudan and Sida's work, where a global pandemic is taking place in the middle of this.  How does Sweden work as a responsive donor in such a situation? What do we know about going from crisis to normal in countries that are already suffering from people being in poverty and failing when it comes to human rights?

If this and much more should Anna Saleem Högberg tell about. She is the aid councilor in Khartoum with a team of six staff members in the aid section. Anna is a trained lawyer and has many years of experience in development cooperation and humanitarian aid from the Middle East, Sri Lanka, Ukraine and Belarus. Anna has worked for Sida for nine years and before that for the Canadian aid authority, then CIDA, various NGOs and the European Commission. In Sudan, Anna has worked for 3,5 years.

The breakfast call takes place live via  Zoom with FUF's board member Lennart Well-being where you will also have the chance to ask questions. Please note that the call has a limited number of places and you must register before 30/8.