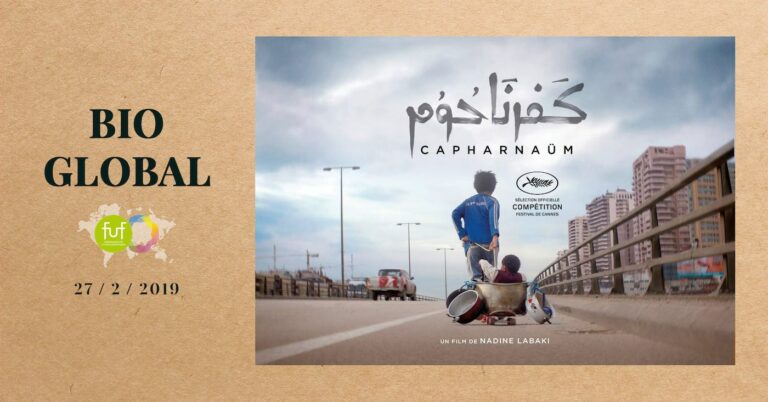 Welcome to the preview of the Oscar-nominated Capernaum. After the film, there will be conversations where we, together with guests, turn and turn on real challenges that the world faces today.

Totally free! You book your ticket by sending an email to osa@biorio.se.

Twelve-year-old Zain stands before the judge in the courtroom with a definite facial expression - he wants to sue his parents for putting him in the world. Neither Zain nor his many siblings have time to be children in the hard life in today's Beirut, and when his sister got married as an 11-year-old, he had enough and ran away from home. Zain's dream is to find a dignified existence - perhaps in another country.

Lebanon's official Oscar contribution Kapernaum makes a triumphant march around the world - everyone is affected by little Zain Al Rafeea's incredible contribution in the role of the street boy who refuses to give up. Kapernaum received the jury award at the Cannes Film Festival, and the screenplay award at the Stockholm Film Festival, where it was also voted the audience's favorite film.

After the film, we talk about the situation of children's rights in Lebanon, how this is depicted in the film and what is being done - and can be done - to improve the living conditions of children in failing states. The conversation lasts for about 30 minutes.

Bio Global is a collaboration between the Association for Development Issues, the Global Portal and Bio Rio. In the spring, we preview the two thought-provoking films Kapernaum and Birds of passage. After the films, there will be conversations where we, together with guests, turn and turn on real challenges that the world faces today.