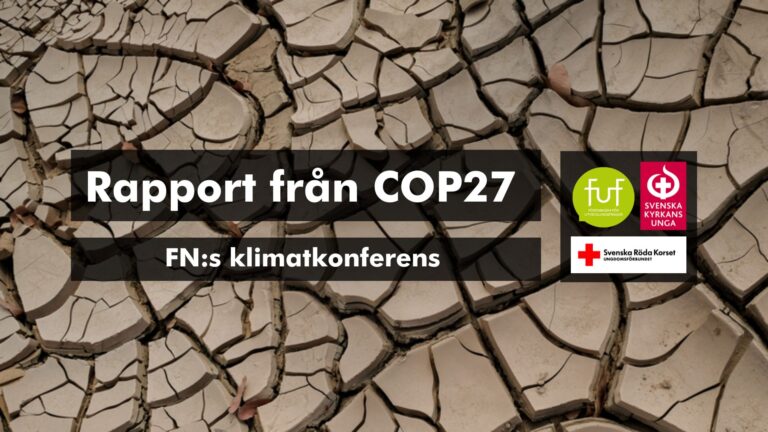 The global average temperature has risen by 1,1 degrees since pre-industrial times. If the temperature rises above 1,8 degrees, the climate could become life-threatening for half of the world's population, according to the UN's climate panel IPCC. 194 of the world's countries agreed through the Paris Agreement in 2015 to limit temperature increases to 1,5 degrees.

From the 6th to the 18th of November, COP27, which is the UN's 27th climate conference, takes place. The COP is an annual meeting with the aim of getting countries' governments to agree on common goals to prevent global climate change. This year's meeting is held in Sharm el-Sheikh, in Egypt.

How did the meeting go? How did the negotiations look? And what was the actual result?

The Swedish Development Forum, Young people of the Church of Sweden and Red Cross Youth Association invites together to a digital meeting on November 28 to discuss the climate crisis and how it is being responded to by the world's governments.

Sweden's youth representatives at COP27 will meet us to tell us about the negotiations and what they have entailed. They will share their perspectives on the meeting and talk about how youth organizations have viewed the processes.