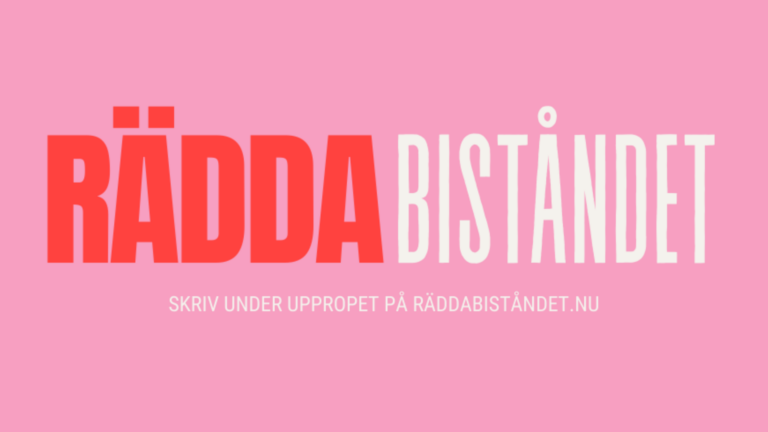 To change the world requires knowledge of it and that is exactly what we at FUF work for. To spread knowledge and create debate on global issues, such as climate change, human rights or conflicts in the world. Among other things, we educate young people, we have a global peace network, an internship program and of course our Development Magazine and our Event Activities, something we strongly believe is part of creating a more just, peaceful and sustainable world.

But Sweden's support for vulnerable people in the world is threatened by major cuts. At the same time, we are in a crisis of a rarely seen kind with increasing hunger and poverty, less democracy and equality and an acute climate crisis. Therefore, we at FUF do not accept that Sweden turns its back on the world when aid is needed more than ever. In the run-up to the election, together with you, we want a promise from our politicians to provide at least 1% of gross national income (GNI) in aid to people living in poverty and oppression.

Sweden's assistance is needed more than ever

We face enormous challenges. The pandemic has led to increased hunger and poverty and taken gender equality back several decades. The climate crisis is affecting people's everyday lives in this now and the number of conflicts is increasing. Democracy and human rights are strongly threatened in several parts of the world.

The challenges of the world know no bounds and no single country can build a secure future in an unequal world with widespread poverty. The problems we face can only be tackled together. Rich countries have a special responsibility to contribute. That is why Sweden has been giving back one percent of our gross national income (GNI) in development assistance for several decades. It is a support that is recognized effectively and that is crucial for millions of people. It can mean the difference between life and death, education and poverty, freedom and violence.

There are parties in Sweden's Riksdag that want to take back our promise to the world. In the spring budget, the government has already cut aid by a fifth. Other parties go to the polls to cut even more and thus take money from those who have the least.

Such reductions have catastrophic consequences, such as 760 people who are hungry not getting food, 000 million children not being able to go to school and 2 million people not having access to clean water.

Our politicians need to know that we are many who do not accept that Sweden betrays these people. Sweden should not be a country that turns its back on the world.

Sweden's assistance is needed more than ever. Sign during the call to save aid!