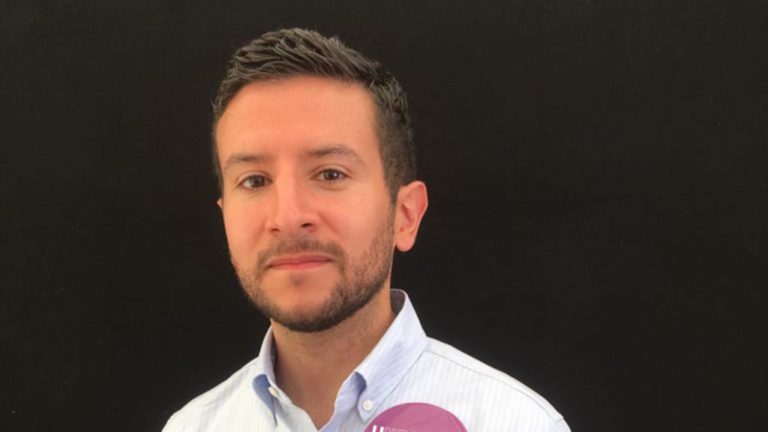 In 2016, Sweden's Stefan Löven, together with the OECD and the ILO, launched the worldwide partnership Global Deal. The project will increase social dialogue and improve working conditions in workplaces around the world. The goal is for the project to become a joint effort that benefits both employers, employees and communities and has been described by the government as a win-win-win situation.

But does the government seem strong enough to support the global trade union movement within its action plan for the global sustainability goals? And do you put enough pressure on Swedish companies active abroad to satisfy good working conditions for their employees? To get answers to these questions, we spoke with Ruben Wågman, policy officer at Union to Union, in our tent in Sweden around the world during the hectic Almedalen week.

How can strengthening working conditions be a poverty reduction measure?

- The global trade union movement has increased the influence of workers in several countries, increased the opportunity to make demands and the opportunity for people to come together and push for good working conditions and above all for higher wages. When companies and states create good growth, the profits can be distributed to the employees, which we have often seen that we have succeeded in doing.

How does Union to Union work to strengthen the trade union movement globally?

- Through Swedish development assistance, the Swedish trade unions have the opportunity to work in around 100 low- and middle-income countries through Union to Union, and together with the global unions. In this way, we can support local unions abroad, strengthen the organization with training and projects, and pressure legislators to agree to international rules and conventions, so that states commit themselves to adhering to labor law guidelines.

What do you think about the content of the government's action plan for Agenda 2030?

- The government has had a good ambition with its action plan for the global sustainability goals Agenda 2030 and Sweden has long been at the forefront when it comes to listening to the trade union movement. However, it looks different in the rest of the world, where it has been seen that union members are murdered in around nine countries in the world, as many as 19 people were murdered in Colombia in the past year. On the other hand, we feel that the action plan is more similar to a descriptive plan that tells what the government is already doing at the moment, rather than a package of measures. What we wanted with the action plan was a clearer timeline and with the possibility of follow-up, especially in terms of how one concretely intends to work with the Global Deal.

How to get Swedish companies to work harder on these issues?

- The rules and guidelines we have in Sweden today when it comes to companies' actions abroad are very much based on voluntariness if you compare with several other countries within the EU that have stricter legislation. We believe that stricter regulation and legislation should be investigated. Several countries in the EU, including France and the Netherlands, already have stricter existing legislation, so it is not as if Sweden would go the furthest. It would therefore be possible to look at the legislation of other successful countries and stop assuming that Swedish companies must always act in accordance with conventions on human rights.

After all, there are ongoing examples of Swedish companies that violate rights in working life and human rights and that one must continue to work with labor law issues globally, Ruben Wågman concludes and continues through Almedalen.