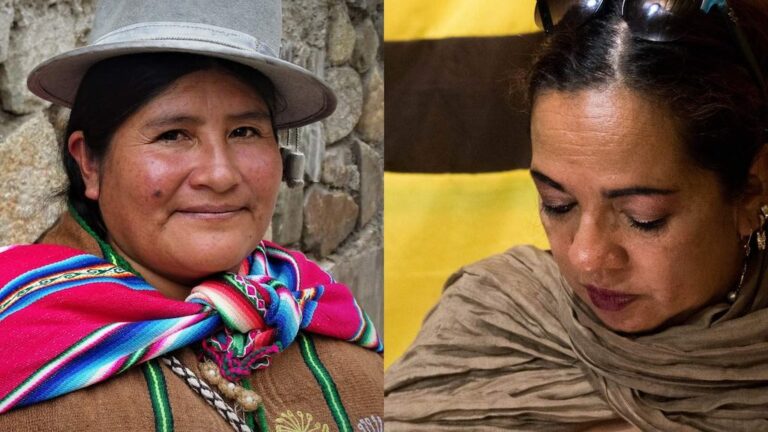 The intensified hunt for land and other natural resources in Latin America is hitting extra hard on rural women. Although the majority of the region's small farmers are women, they control only 20 percent of the arable land. As the arable land decreases, women's ability to support themselves and their families decreases. The women of the region largely lack access to power and political influence. Despite headwinds, Latin American women are fighting hard to be heard, to demand and to defend their rights.

Two of these women are the indigenous leader Guillermina Kuno Huanca from Bolivia and the smallholder leader Luz Dary Molina from Colombia. They come to Sweden to talk about the situation for rural women in each country and about their organizations' work to strengthen women's participation in society and politics.

Guillermina Kuno Huanca is a small farmer, craftsman and one of 36 women leaders in the national board of the Bolivian women's organization Bartolina Sisa. The organization consists of grassroots organizations from all over Bolivia and works to increase the number of indigenous women in decision-making positions. They are a referent at national and international level in relation to indigenous peoples' rights and have a strong work against the UN.

Luz Dary Molina is a representative of the trade union movement Fensuagro and of the association for small farmers in the department of Boyacá. Fensuagro is one of Colombia's largest smallholder and trade union movements with over 80 members. The organization is a member of the international smallholder network La Vía Campesina, which together with the FAO and the EU has been commissioned by the Colombian government to specifically monitor the implementation of the land reform and rural policy provided for in the peace agreement.