At this year's UN climate conference COP23, the host country Fiji tried a new concept called The Open Dialogue which allowed civil society and states to meet. With that being categorized as a new concept, it is safe to say that there is room for improvement when it comes to the inclusion of civil society in the COP's. Although, as part of the opening remarks of that meeting someone said:

At first I thought it referred to learning as in “listening to feedback from civil society” and that seemed to be the general interpretation during the meeting. But when I recently looked through my notes and found this quote, it got me thinking of learning in terms of “what civil society can teach states”. Especially when it comes to empowering people for climate action.

So, what does civil society have that states lack? I would argue that there are three main things; a vision, legitimacy and freedom of borders. Driven by a common objective view or purpose non-governmental organizations (NGOs) have a unique trait in their visonarity; allowing for more ambitious ideas an making engagement contagious. Building the politics on visions and working for a defined purpose is something that I think many states forget nowadays.

Furthermore civil society organizations consist of people who have actively chosen to involve themselves, rather than have been born into something. It gives them a legitimacy to represent their members that is hard to beat. Maybe this could be the case for states as well, if one was freer to choose which country to be a citizen in. The key feature of civil society, that is also its greatest comparative advantages to states, is that it does not have to respect borders and thus have the possibility of mobilizing people from all over the globe. States are trying to do the same, through different forms of international cooperation such as the UN, but are not nearly as good as doing this at a grassroot level.

To conclude, states do have a lot to learn from civil society. However, my message is not that the UN is going to turn in to a large environmental NGO in order to become more successful in combating climate change (even if that would be great). On the contrary, I think civil society should realize its strengths.

We all should realize that through civil society we have the capacity to accomplish far more than can be reached through slow UN processes, that just recently understood that meeting with civil society is important. If you and I and everyone else start understanding and utilizing those strengths, I am sure we will stop global warming in no time! 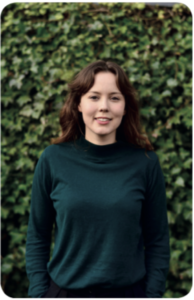