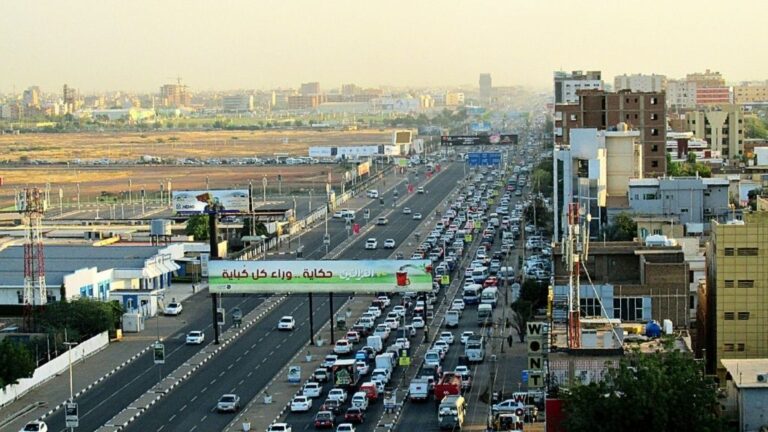 "The international society must do something”. After days of shut down internet, I finally get in touch with my Sudanese friends, who confirm that civil disobedience continues and that the mood is very depressed.

It is almost three years since the world's eyes were on Sudan - when millions of Sudanese took to the streets after three decades of Islamist, belligerent and highly repressive rule under Omar al-Bashir. Elevated fuel and food prices became the spark for what would be al-Bashir's last days in power, but the Sudanese had long had enough. Led by the Sudanese Professionals Association (SPA), general strikes and peaceful demonstrations were organized against the terrible regime, against the wretched economy and against the protracted, brutal wars in the country.

In April 2019, the military took matters into its own hands and deposed al-Bashir to the cheers of the protesters. However, the SPA and the broad mass of protesters were crystal clear - the transition to democracy would be led by a civilian, not a military, government. Through a massive sit-in strike outside the military headquarters, slogans aimed at the entire military regime represented by al-Bashir continued - tasqut bas! The regime just has to fall!

The euphoria and hope for the future that characterized the sit-in strike came to a brutal end when the military at the end of Ramadan 2019 forcibly dissolved it. Hundreds were killed by military violence, and even more were injured. The tragedy and brutality were incredible - as so many times before in the history of Sudan, but against all odds, the civilian representatives managed to agree with the military. In August 2019, a transitional declaration was signed, and a transitional council with half military and half civilian representatives was established. Under the Council, a technocratic transitional government led by the highly regarded economist and official Abdallah Hamdok appeared.

The agreement was not uncontroversial, especially since the Transitional Council included Hemedti, the leader of the Rapid Support Forces. This restructuring of Janjaweed, during the worst years of the Darfur conflict used for ethnic cleansing and direct human rights abuses, is today a paramilitary force used in the country against peaceful protesters and as mercenaries in the Saudi-led Yemen war. That a person who himself should be brought to justice now should lead the new Sudan was seen, to say the least, with pessimism by many Sudanese.

But pessimism slowly eased during the honeymoon of the transition period. Against all odds, important steps were taken towards resolving the conflicts both in Darfur in the west and in the two areas in the south. Through improved relations with the outside world, they began to untie the Gordian knot that had been Sudan's deplorable economy. Through diligent work for a more egalitarian Sudan, the transitional government initiated a review of harsh, discriminatory laws and institutions that have disproportionately severely affected women and ethnic minorities in the country. In short, the first part of the transition became a success story.

But with the military coup, the honeymoon came to an abrupt end. About a month before a civilian representative was to formally take over leadership of the Transitional Council, the military staged a coup. Hamdok, along with several other ministers, was placed under house arrest or arrested for "incompetence." Abdel Fattah al-Burhan, the military leader of the Transitional Council, dissolved the transitional government and now risks taking Sudan back to square one, to a repressive military regime that no one, and least of all the Sudanese, want. The protest movement is responding with vigor, and the international markings have been clear - Sudan must return immediately to the democratic transition!

Through its takeover, the military is jeopardizing the giant steps taken towards a brighter future for Sudan, and unfortunately this is neither surprising nor new. The Sudanese have a proud history of overthrowing despots through mass demonstrations and many Sudanese remember the revolutions of 1964 and 1985. Of course, the Sudanese know that the military was not prepared to risk its iron grip on the country even then. Now that history is repeating itself, control has been taken over state media and internet access has been blocked - all to prevent the power of mobilization. In clashes between protesters and the military, several people have lost their lives and hundreds have been injured. The Sudanese know what the military has been capable of both now and then, which is why confidence in al-Burhan's euphemisms about the future is disappearing.

Once again, the Sudanese are showing great courage when they go out in solidarity mass protests against a military power that they can hardly or should not trust. It is difficult to arouse international opinion in a peripheral country where the internet has been shut down, and Sudanese know what they are risking. The clear positions communicated by the UN Security Council, the United States and the European Union are welcome, but it is extremely important that the international community does not look down. Doing so risks not only the security and freedom of more than 40 million Sudanese, but also a military dictatorship that is pulling towards the Gulf instead of seriously addressing the deplorable economy, the protracted conflicts in the country and the future of the Sudanese people.

When we have previously lost interest in Sudan in the most critical times, it has ended with unimaginable tragedies, and military takeovers. Let's not do it again! For the sake of the Sudanese, the international community should be crystal clear - we are not looking away from Sudan!