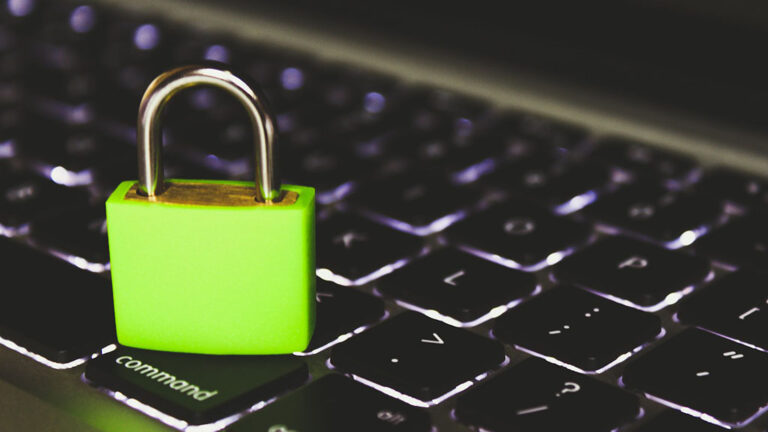 Digital threats and vulnerabilities greatly affect people's everyday lives. Cyber ​​security should be an issue for the whole society, the debaters write.

Today we are dependent on digital services to shop, read news and keep in touch with each other. This means that our everyday lives can be quickly put out of play through cyber attacks and false information. Cyber ​​threats are not just an issue for countries' defense but for entire societies, write Vendela Rupp and Emma Henriksson.

Societies are more dependent than ever on digital infrastructure. For example, we pay bills digitally, share personal information and interests via social media and read maps with GPS in the mobile. With the digital infrastructure, many community services and everyday tasks have been simplified. But in a society that is more dependent on digital services, vulnerability also increases.

Digital threats and vulnerabilities greatly affect people's everyday lives. The storage of private personal data - which, for example, facilitates online shopping - can undermine personal privacy, while location services that can help us find the right one can also be used for surveillance purposes. Here, the interests of the individual and the state regarding security versus freedom often clash. Surveillance can benefit the interests of the state, while the individual's integrity is violated and the possibility of anonymity is limited.

Digital development thus constitutes both opportunities and vulnerabilities that create both security and insecurity.

The EU focuses on creating an open but secure Internet, which means balances between personal security, personal freedom and state / regional security. One example is the Data Protection Regulation GDPR, which aims to maintain the benefits of digital services and information sharing, while strengthening the protection of personal data and the privacy of the individual.

Weaker infrastructure and poorer internet access create other vulnerabilities. A clear example is China's funding of the African Union headquarters. Technology donated by China - and the construction of the infrastructure - turned out to have built-in "backdoors" that enabled China to access sensitive information stored on computers.

Awareness of false information is required

Digital media is another area that has both advantages and disadvantages for democracy. Digital forums can, for example, strengthen freedom of expression and access to information, which in turn increases political awareness among citizens.

At the same time, of course, digital media can be used. Digital voting, which was introduced in Brazil as early as 1996, can promote democratic processes through greater and simplified turnout, but also entails vulnerabilities as digital voting tools can be hacked or manipulated.

Education in general - and specifically in source criticism - is increasingly important because people's primary source of news and information is based on the internet, not least on social media such as Facebook and Twitter. Therein lies the risk of being exposed to so-called disinformation campaigns, a potential problem for all democratic institutions. A well-known example is the election in the USA in 2016, where there are suspicions that Russian interests influenced voters' access to information.

All of this increases the risk of diminishing trust in democratic institutions and is an example of the destabilizing effect cyber threats can have on societies.

There is no legal framework for cyber weapons

Cyber ​​threats are of course also an issue for the world's defense forces. There is no legal framework that regulates the use of cyber weapons, cyber warfare and the possibility of prosecuting those responsible for the damage cyber operations can cause.

Cyber ​​weapons and cyber warfare involve attacks on digital infrastructure that have the power to knock out, for example, electricity networks or specific infrastructure. A known case is the computer virus Stuxnet, which was used to damage uranium enrichment centrifuges in Iran in 2006. The virus is suspected to have been created by the United States and Israel.

Here, the development - and above all the use - of cyber weapons must take into account the impact that the cyber domain can have on society. It is not just military infrastructure that is vulnerable, as previous cyberattacks have shown.

Digital vulnerability creates risks of a large-scale crisis. For example, in 2004, Estonia was hit by a large-scale cyber attack that resulted in digital banking, electricity and communications networks being down for over a week. Such an attack not only affects the ability of individuals to carry out everyday tasks such as paying bills, but also affects the ability of rescue services to act during a crisis.

Given the opportunities and challenges we have presented so far, preventive measures are required that tackle the issue both high and low. A strong cyber defense in the military does not prevent the existence of vulnerabilities in other parts of society. Society must also prepare for digital vulnerabilities.

We want to see infrastructural measures that limit built-in vulnerabilities. For example, there may be frequent penetration tests to find weaknesses, education about increased source criticism and so-called cyber hygiene. Everyday routines such as the processing of foreign emails, the use of foreign USB sticks and the habit of frequently changing passwords should be taken seriously.

Long-term and sustainable development in cyber issues cannot be dominated by defense logic. Civil society must be consistently included in order to tackle the issue from a perspective that affects society at large - and which also affirms personal integrity in addition to state interests. This is because today's societies are more dependent than ever on digital infrastructure.