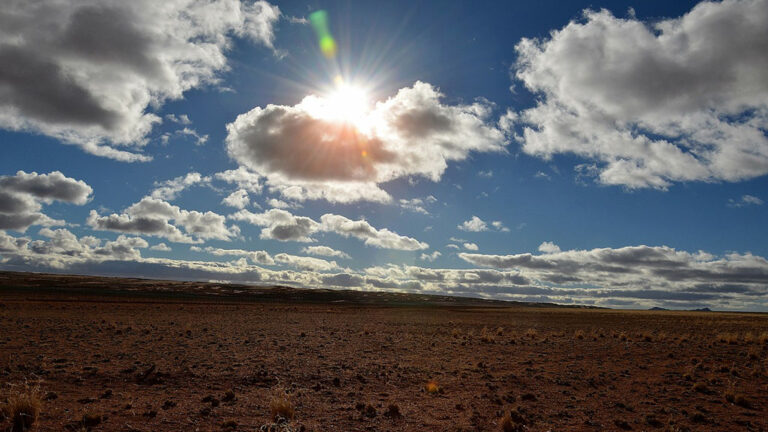 Man's focus on short - term crises and rapid change means that the corona crisis is taking all the focus right now. As the climate crisis is slower, we are getting used to the effects of that disaster instead. It is life threatening, writes psychology professor Carl Martin Allwood.

The crises come close nowadays. The corona crisis today occupies a very large part of the news flow. At the same time, man has a limited ability to pay attention to many things at once. This, together with the demands on journalists to continuously interest readers and viewers for their texts and reports, means that the image that the mass media conveys about the world situation is characterized by short-sightedness and sometimes misleading information.

One example is journalists' conclusions that the coronavirus (covid-19) is on the decline in a country after two days of declining new cases (for example in Dagens Nyheter 22/3 for Italy). This indicates a lack of understanding regarding statistical variation over time. Trends in complex contexts can often not be predicted on as little data as two to three days.

The climate crisis is more serious

This attraction to the temporal and spatial local in the media makes it important to ask the question of which crises are most serious. The human suffering caused by every serious crisis may make it impossible to compare the seriousness of different crises. Nevertheless, it is worth considering what the eminent cultural geographer Jared Diamond recently said in a DN interview. He considered that the climate crisis was undoubtedly more serious than the corona crisis.

I completely agree, even though it is obvious that the corona crisis is causing unbearable suffering and leading to great losses in life. In addition, it will have major repercussions on economic activity. At the same time, the climate crisis should be seen as an expression of an even worse crisis, the environmental crisis, or the ecological crisis. That is, how man relates to and handles the rest of nature.

Why then this assessment? Despite the dominance of the corona crisis in the mass media, there are many indications that it will, after all, be relatively short-lived. Perhaps its worst parts will be over by the autumn (although not its financial consequences). A vaccine will probably be in place as early as next year, so even if the virus returns next year, the threat to risk groups can be met with vaccination. Once the coronavirus is managed, the economic activity will in all probability continue as before.

Animals and nature must be treated with respect

In contrast, the serious consequences of the environmental crisis are likely to be greater and much longer-lasting. The spread of the coranavirus to humans seems to have arisen due to humans' way of handling wildlife in markets in China, which can be seen as an expression of a globally widespread attitude that nature is directly available to human needs. Experts predict that if this type of animal management continues, new viruses - possibly with worse effects than the coronavirus - will spread. To stop the spread of new forms of viruses from animals to humans, animals and nature must be treated in a more thoughtful and respectful way.

The various effects of the environmental crisis are often slower than specific viruses and go deep into human activities. Among the many anticipated effects of the climate crisis is rising sea levels, which will lead to the drowning of low-lying parts of many countries. An example is Bangladesh, where sea level rise in the long run, just there, could lead to the deaths of many millions of people.

The book "How to give up plastic" written by Will McCallum from Greenpeace in the UK, shows the need to greatly reduce the use of plastic, among other things because plastic causes great damage to wildlife. An own attempt to reduce my use of plastic clarified the extent to which plastic exists in modern life. The plastic bags from the store were easy to dispense with, but after that it almost stopped. Plastic is everywhere, for example in packaging - and even in the packaging of magazines.

Our focus is on rapid change

Seen in a larger perspective, the predatory behavior of nature threatens to lead to its impoverishment and thus risks pulling away the basis for humanity's livelihood. That scientists appreciate that large parts of the earth's organic life have disappeared and further parts are about to disappear - we have (horribly enough!) Already begun to get used to it.

It is of course good that the effects of the environmental crisis are slow (compared to the corona crisis in any case!), But it is also a problem because human attention is focused on change. If these are slow enough, they fall "under the radar" for the public's attention and thus for their interest. This leads to the risk of getting used to the catastrophic effects of the crisis.

Reports that the insects may be largely extinct in 100 years are not taken seriously because human nature seems to be focusing on short-term effects. In the 1990s, many in Europe and North America were amazed that Japan was rumored to have a 300-year plan for the country's development. Given that such a plan focuses on relevant aspects, the Japanese (if such a plan existed) may have thought correctly in this context. The corona crisis should be seen as another warning sign that man's approach to nature must be radically reconsidered.