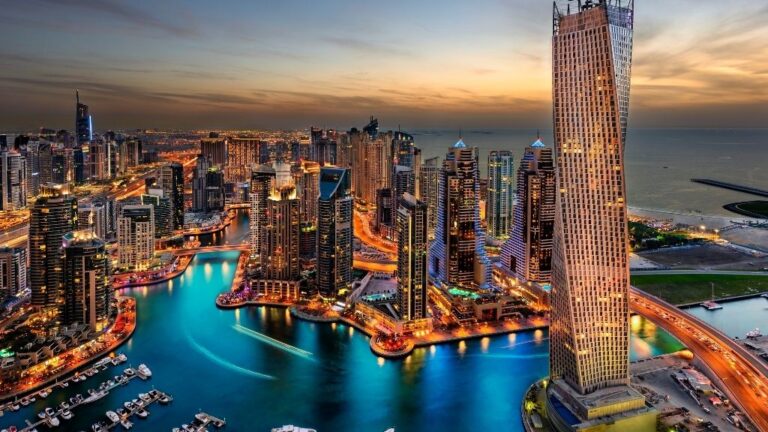 On the first of October, the gates opened for the world exhibition Expo 2020 in Dubai. A Swedish boycott of the exhibition is one of the topics that has been debated during the past week. Photo: Canva.

The climate has been in focus on Swedish debate pages during the past week. Greta Thunberg's speech ahead of the German election has provoked reactions, as has the consumer's responsibility in the climate crisis. Human rights have also been debated - through calls on Sweden to boycott the world exhibition in Dubai and to take home the Swedish citizens who are in prison camps in Syria.

In Dagens Nyheter four debaters question the idea that one can change private consumption by informing about the sustainable properties of products. Although the government, Greta Thunberg and the research program Mistra Sustainable Consumption, among others, insist on the importance of information to consumers, the debaters believe that the research shows that information has only a marginal impact on consumers' choice of sustainable products.

Greta Thunberg has been mentioned in several places in this week's debate. Debaters in both Dagens ETC and Aftonbladet comments on Thunberg's speech at the big climate demonstration in Berlin, which was held a few days before the German election. Jonna Sima emphasizes in Aftonbladet that the success of the German party De Gröna is due to a "Greta effect" that we are still waiting for in Sweden.

In addition to the climate, human rights issues were touched on during the week. In Aftonbladet urges Jehna Al-Moushahidi to Swedish boycott of the World's Fair in Dubai, as the United Arab Emirates has long been criticized for violating human rights.

- In Sweden, where both freedom of expression and workers' rights weigh heavily among common values, one should choose not to go, she writes.

In the same encouraging tone writes Beatrice Eriksson, chairman of the organization Repatriate the Children, in Dagens ETC that it is Sweden's duty to bring home the Swedish children and mothers from the prison camps in Syria. Data from the UN show that the conditions in the camps can be compared to torture and that both Danish and American security police have confirmed that IS has kidnapped children from the camps - potentially to be trained as child soldiers.

- The consequence of the passive attitude of the government, in one of the worst humanitarian disasters of our time, is that Swedish children are exposed to enormous risks and dangers, writes Beatrice Eriksson.

Another element in last week's debate is the former senior lecturer in geography didactics, Tomas Torbjörnsson, for when he corrects a wrong picture of the world in a reply in DN Debatt. He answers researcher Bi Puranen and the report "With the migrants' voice - how do you become a Värmlander?", where it is emphasized that one reason why migrants have difficulty integrating in Sweden is because they have short life perspectives based on a short life expectancy in the countries of origin.

- There is a great risk that readers and listeners will take with them the erroneous statement about short life expectancy in migrants' countries of origin as the main explanation for the integration problems, Torbjörnsson concludes.

Greta is right - it is not enough just to vote

"The climate is not saved with consumer information"

The World Expo in Dubai should be boycotted

The government's duty is to bring home all Swedes from Syria

We can learn a lot from the Free Britney movement

The editorial board, Svenska Dagbladet