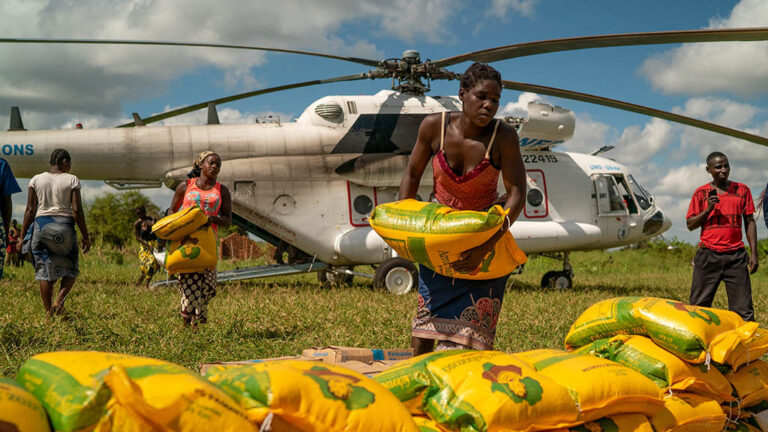 Swedish state development assistance has been with us for more than 60 years. In 1962, the Government and the Riksdag decided on an official assistance based on Proposition 1962: 100 and the first state aid agency began operations.

With the assistance, we in Sweden have shown our interest and commitment to provide support to those who are worse off than we are - an attitude that has traditionally prevailed in Sweden and contributed to many also getting better. Both within and outside Sweden's borders, solidarity with people in poverty would be shown - and a reduction of the gaps between poor and rich would apply as a principle. The bill from 1962 stated that this was sufficient as a motive for Swedish development assistance. But at the same time, it was pointed out that different countries also have other motives for their assistance, including trade policy and commercial.

In the rearview mirror, we can state today that development assistance has:
1. Given us a position in the international community that we would not otherwise have had
Made Sweden known in a way that otherwise it would not have been
3. Favored Swedish companies
4. Made many Swedes the opportunity to develop their knowledge and interests through development work. In this way, they have also contributed to more knowledge - and interest - in the world around them, which in turn has enriched Swedish culture and society.

Solidarity would be fundamental

The motive for the growing aid would be a strong sense of solidarity, where help for self-help would be at the center. Solidarity expressed a growing and deepened realization that peace, freedom and prosperity are not exclusively national affairs but are universal and indivisible. The overall goal was "to raise the standard of living of the poor people". This would be done by "contributing to an increase in production that is faster than population growth" and by "contributing to a societal development in a politically democratic and social leveling direction". And the most important means was that the aid would constitute aid for self-help, thereby emphasizing the recipient country's responsibility for its own development. "The nature of development assistance as mutual cooperation rather than unilateral aid" was emphasized.

We do overall goal for Swedish development cooperation has been virtually unchanged from its inception, although the wording has changed somewhat over time. Changes in thinking about the overall goal can also be traced in the clarifications that followed the goal formulation itself. For example, in 2013 the wording was added that development assistance should also be directed at people living in oppression, in addition to those living in poverty.

The issue of solidarity as an overarching motive for development assistance was first seriously questioned in the early 2000s, in the Globe Inquiry into Sweden's future global policy. However, this question was not included in the bill "Policy for Global Development", which was adopted in 2003.

The issue discussed in the Globe Inquiry was whether “enlightened self-interest” - ie aid that gives both recipients and donors benefits - would not be seen as more decisive as a motive for future aid than solidarity.

Since then, the world has changed dramatically and solidarity has become increasingly questioned as a motive for human coexistence - including in development aid. Recently, several debaters and even political parties have asked themselves whether it makes sense to continue providing aid to poor countries year after year. It is therefore becoming increasingly important to consider which motives in addition to solidarity should guide development assistance. What motives can maintain the public's interest in development assistance that will continue in the future?

The motive in addition to solidarity that seems to stand the test of time - and which can even be seen strengthened in recent years - is the humanitarian. When crises arise around the world, they can be created by nature or by humans, people in other parts of the world seem willing to give their support. The collections in connection with natural disasters or refugee situations as a result of war are still collecting large and increasing amounts. Helping others in great need seems to be a human trait independent of political currents of various kinds.

The enlightened self-interest was launched as a motive at the end of the last century. This meant that we have a vested interest in the development progressing even in the most remote parts of the world. With increasing globalization, whether we like it or not, we are becoming increasingly dependent on developments in other parts of the world. This can be trade, security, anti-terrorism, migration or the spread of disease.

Enlightened self-interest as a motive has been strengthened in recent decades, partly as a result of the common global struggle for global goals, partly to meet the common challenges we face globally such as the climate threat, overexploitation of the earth's resources, the issue of food security, energy security , antibiotic resistance and so on.

Here it is important to get everyone to work towards the same goal. We are simply dependent on the poorest countries being on board as well. Here we have an important "new" motive for continued development assistance. We can see this in the fight against the latest virus epidemic. We see how important it is that even the weakest link can manage the disease to avoid an international pandemic.

Another motive has become stronger in recent years, namely the struggle for universal rights developed after the Second World War to avoid the repetition of the atrocities that took place during this time. It concerns democracy, human rights, gender equality, freedom of the press, reproductive rights and more and has been developed within the framework of the UN and must apply to all of humanity.

Many of these rights are in question in many places today, even in countries where poverty is greatest. It is not because of poverty but because political leaders want to retain power in Russia, China, Brazil, Tanzania, South Africa and several other countries. Increased inequality and the experience of injustice around the world also affect confidence in our institutions and democracies.

Working for universal rights must be seen as a very strong motive for providing support for poverty reduction also in the future. That it pays for Sweden to remain even in very authoritarian and repressive countries has become clear in, for example, Ethiopia and Sudan - not least when they have entered a phase where they themselves are working for a more democratic state of society. By standing firm even during times of oppression, Sweden has in these cases been given a particularly important role when the universal values ​​have once again become important for the new regimes.

There are stronger motives than ever

Although solidarity is still a strong reason to continue to provide support for poverty reduction in the world, there are thus other reasons that strengthen the maintenance of continued comprehensive assistance of a more self-interested nature. Overall, the motives today may be stronger than ever before - precisely because globalization has led to an increasing interdependence between people around the world.

We cannot turn a blind eye to suffering and growing poverty in other parts of the world. If it leads to conflicts, climate destruction, pandemics and the questioning of universal values, this will sooner or later also hit us and our living conditions. We cannot stop providing large and committed aid to those in the world who need it.

This statement does not in any way mean that we must continue to give our support in exactly the same way as we did before. We must continuously review how we work with our development assistance and constantly adapt our way of working to the new conditions we face. And we must always take into account what already Proposition 100 from 1962 pointed out, that "without anyone on the receiving side engaging in the activities that are supported, there are no conditions for lasting results". This applies to traditional assistance for education or health care as well as newer support in the form of private sector support, climate assistance or assistance to strengthen democracy and human rights.

Lennart Wohlgemuth is a visiting professor of African Studies with a special focus on Swedish and European development aid policy at the University of Gothenburg. Lennart has previously worked for almost 30 years at Sida and was director of the Nordic Africa Institute. 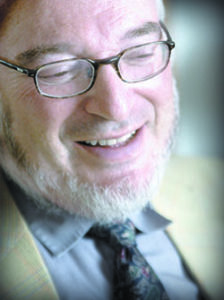