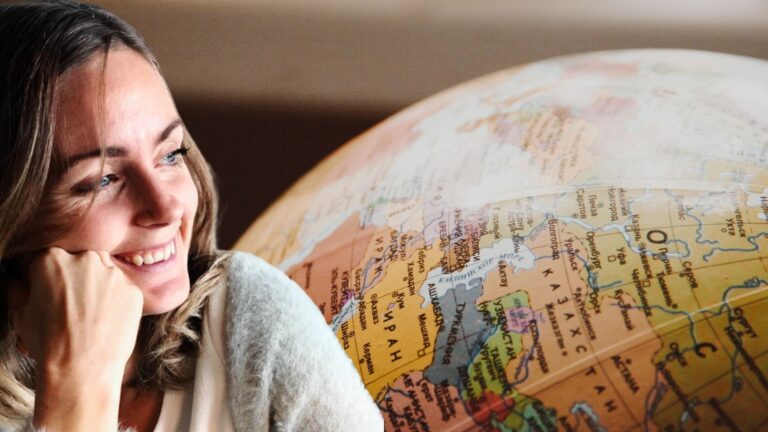 The world is getting smaller with digitalisation. At the same time, we also see how complex the world is and that the challenges can be difficult to solve when we are not working together or towards the same goal. But why is it important that we have knowledge of the world and all the challenges we face? Read more about what our two non-profit active members from FUF think about this. They talk about the importance of finding their glow and getting a platform to express themselves.

During my studies in Global Development, the labor market I would eventually go out to felt distant and foreign. What would I really work with? What questions made it burn in the chest? Where would I even start? I did not know anyone who worked with development issues and there was a gap between the university and the labor market that I felt an increasing need to bridge. I wanted to test my knowledge in practice and if I am to be completely honest, get that non-profit commitment on my CV.

I quickly understood what questions made my chest burn

That it was just FUF was a, what would turn out very happy, coincidence. A mailing about start-up meetings for non-profits that came at just the right time. The first semester as active gave me hope, insights and new contacts. Suddenly, that labor market was no longer so remote and foreign. I quickly understood the issues that made my chest burn and it felt important to be able to contribute to more nuanced knowledge about the world being published for everyone to take part in. As an active member of FUF, I got the chance to dig deeper into such issues, I thought there was far too little talk about in the big media and interview exciting people.

What happens there also affects us who are here

The Norwegian psychologist Per Espen Stoknes believes that we humans have a hard time getting in and getting involved in things that feel distant to us. We care about what feels real and which is close to us in time and space. Therefore, many people have experienced that the climate issue is outside their sphere of influence. In the past, when the world was big and many events and places were remote, we could turn away our knowledge and close our eyes. But with globalization and the internet, the world has shrunk. If there's one thing the Corona pandemic has taught us, it's just how interconnected we all are. What happens there also affects us who are here. And those we do here greatly affect those who are there. For that matter, climate change is no longer something that only happens far away. Increasing our knowledge of the world is not just an act of solidarity but a matter for all of us. Without knowledge of how people and nature are affected by the society we live in, the world can never change for the better.

FUF became a bridge between studies and the labor market for me personally. In the same way, the knowledge conveyed about the world through FUF can reduce the distance, make us understand how we are all connected and function as a bridge between us and them.

I think it is important that young voices are heard

I am a member of FUF because I am passionate about development issues and because I want to work in my spare time to increase knowledge and commitment to sustainable global development. At the same time I can meet others who are interested in similar issues and make contacts for the future.

I think it is important that young voices are heard and that FUF continues to engage young people in these important issues that can spread throughout society.

In addition, I believe that the best way to combat injustice and today's major global problems is through education and knowledge. It has become especially important in recent years with the disinformation available on the internet. Assessing the credibility of the information that is disseminated can be difficult and then it is important to have credible organizations such as FUF that can facilitate the crowd.

The world is as big as usual, but it can really feel smaller. The reach of the Internet and global communication have meant that what is happening in distant lands may seem as close to what is happening in one's own city. The opportunities for globalization are great and to create a global awareness and work for a more peaceful and just society requires an understanding of people from other backgrounds and cultures. Here, I think that FUF has an important role in raising perspectives that we rarely hear about in the general debate. In addition, research shows that students who learn about global issues are more than twice as likely to see the importance of acting personally and making a difference. Awareness and critical thinking about issues such as poverty, climate change, religious and cultural differences, world trade and politics are important. This is something that even employers have picked up in the article The report, The Global Skills Gap: preparing young people for the global economy, it is revealed that when employers recruit new staff, they consider knowledge and awareness of the world to be more important than a candidate's education or grades.

The climate issue - the basis for all social and economic welfare in the future.

For me, it is extra important that the climate issue is highlighted in the debate. It is not a question that leaves anyone untouched and it will ultimately be the basis for all social and economic welfare in the future.

Antibiotic resistance is otherwise a minor issue that I think should be raised. More and more bacteria have developed resistance to antibiotics, and the situation is getting worse all the time. According to MSF, by 2050 an estimated 10 million people will die from drug-resistant infections if no action is taken to counteract the development.

Were you inspired by Johanna and Max and want to find a channel for your commitment? Or do you want to support our business and stand behind all the fantastic non-profits in FUF? Become a member of FUF today.