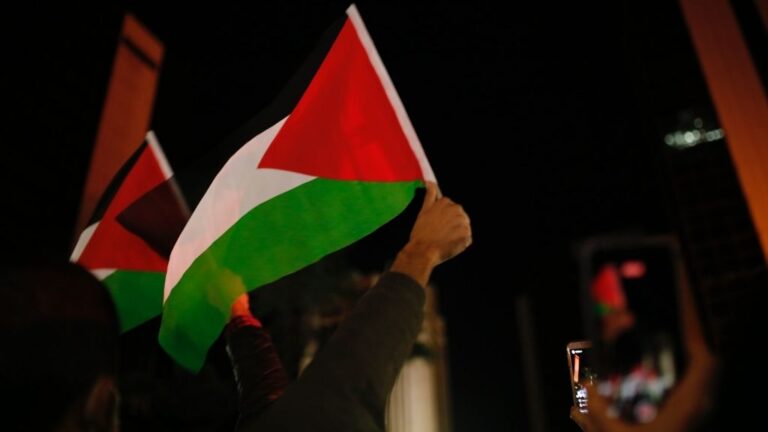 As the holy month of Lent Ramadan began to draw to a close in early May, the conflict in East Jerusalem escalated. According to international law and UN agencies, the eastern part of Jerusalem is considered an occupied city Occupied Palestinian Territory (OPT). A neighborhood in East Jerusalem,  Sheikh Jarrah  has been inhabited by Palestinians for generations, but in recent years, Israeli settlers have gradually taken over Palestinian homes with the help of the Israeli military. The evictions that take place are justified by it Israeli law which gives Israelis the right to take back properties they owned before the war in 1948. If the evictions continue, it could mean that Israel gets full control of Jerusalem.

In October 2020, a court ruled that four Palestinian families must move from their homes in Sheikh Jarrah before May 2, 2021. The forced relocation of these families sparked demonstrations. When the families appealed the verdict, the violence of the Israeli military escalated and several peaceful protesters were reported to have been subjected to physical violence and over 20 Palestinians were injured.

Violence outside the Al-Aqsa Mosque

Palestinians' ability to stay in the Old City of Jerusalem has been severely restricted. Before Ramadan, the Israeli state decided that the number of people allowed to be in The Al-Aqsa Mosque must not exceed 10. Many Muslim Palestinians were outraged by this. The Israeli military had blocked the highway for travelers on their way to Al-Aqsa, prompting several Muslim Palestinians to walk along the highway on May 7 to spend the last Friday of Ramadan in the mosque. After Friday prayers, the Palestinians in the mosque began to demonstrate. The Palestinian flag and the Hamas flag were raised in the air. Israeli police responded to the demonstrations with tear gas, stun grenades and rubber-coated steel bullets. Muslims on their way to the mosque had to identify themselves to Israeli police before being allowed in. The violence resulted in that Hundreds of Palestinians and six Israeli police officers were injured , states the Palestinian organization Palestinian Red Crescent.

The conflict is escalating

The violent situation in East Jerusalem spread over the country in the following days and the worst hit was the Gaza Strip in Palestine and southern Israel. Thousands of people have been forced to leave their homes as a result of the escalating violence. Violent acts were perpetrated by both Israel and the terrorist Hamas. Despite Hamas' involvement in the war, the Israeli military has had an advantage, which is made clear when calculating the number of deaths. 232 Palestinians, of whom 65 children have died, compared with 12 Israelis, of whom 2 are children. On May 21, Israel and Hamas arrived agreed on a ceasefire and how long it will last is difficult to determine. The most recent violent violence occurred 7 years ago.

Many experts in the field, such as the human rights organization Human Rights Watch considers that there is a deeper explanation for why the conflict between Palestine and Israel has flared up in recent weeks. For decades, Israel has been gradually trying to seize more and more Palestinian land. Areas previously described as neutral are now under Israeli control. Several opinion writers have started talking about "Settler colonialism" or so-called settler colonialism, a term that previously mostly appeared in scientific journals. Settler colonialism describes the process by which indigenous people in an area are relocated or eliminated when new settlers move into the area. According to Helena Lindholm, professor of peace and development research at the University of Gothenburg, it is important that more international actors uses a holistic perspective when they talk about the violence in Palestine and Israel. It must not be forgotten that the Palestinian people lived under occupation since 1967. The occupation has taken various forms over the years, but the gradually increasing violence, in order to take control of the entire West Bank, is still ongoing. Lindholm further discusses that the slow and prolonged violence witnessed in OPT during the month of May will most likely continue, perhaps not on the same scale, but it will at times escalate and in other periods it will be calmer, because it is namely, how settler colonialism is practiced by the Israeli state.

Ramadan is the ninth month of the Islamic calendar Hijra. It is during this month that Muslims around the world fast from sunrise to sunset.