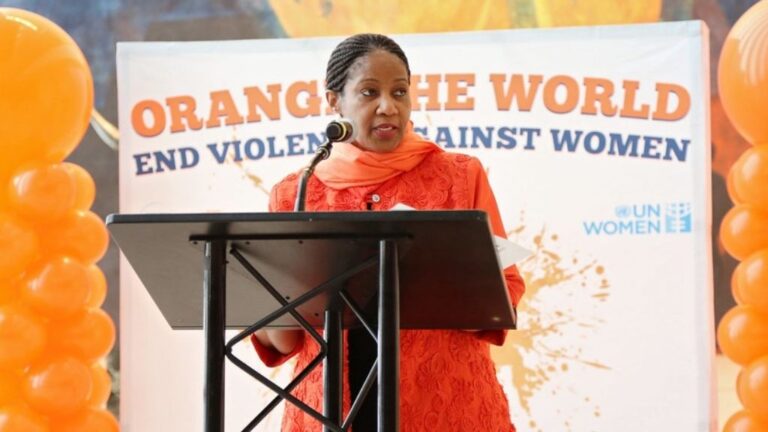 November 25 every year is the United Nations International Day for the Elimination of Violence against Men. Also called Orange Day. Petra Trötterman Andorff highlights in an article in GP figures from the UN showing that 243 million women have been abused by their partner in the past year. According to the same figures, one in three women is exposed to some form of violence during their lifetime and around 87 women are murdered each year by their current or former partner. Globally, violence costs SEK 000 billion every year.

Increased vulnerability in the wake of the pandemic

During the week, several debaters have emphasized the importance of taking violence seriously, not least in the shadow of the pandemic where violence has increased drastically around the world. "Men's violence against women is a global pandemic in itself", write representatives of the Social Democrats in ETC. Isolation and closures have not only increased women's vulnerability but also made it difficult for victims to get help and support. Chairman of the Justice Committee in the Riksdag, Fredrik Lundh Sammeli, writes together with four other representatives from the Social Democrats that a zero vision is required to put an end to men's violence against women. Increased penalties and preventive measures are necessary and all actors in society must take their responsibility.

Lina Stenberg writes in one article in Aftonbladet that the pandemic has put the global societal problem at its peak. She believes that everyone must take their responsibility for women to be able to leave a destructive and violent relationship. Just as Lina writes, the majority of all murders of women occur when a woman tries to leave or has just left her partner. It is therefore extra important that vulnerable women receive help and support at this stage, she writes.

At the beginning of the year, the Swedish government allocated SEK 100 million to civil society organizations that work to prevent, among other things, violence in close relationships. Several representatives from the country's women's shelters are now demanding that the support be increased and that financial efforts be secured for 2021. In a debate article in Aftonbladet they write that:

- Without these efforts, we see that the risk is great that many years of expertise and experience will be lost, and that many abused women and girls will soon be without anywhere to turn when the pandemic is over.

Lovisa Gustafsson writes further in Expressen that vulnerable women should not have to rely solely on non-profit organizations for help. Municipalities and regions must also take their responsibility. She believes that the competence and interest that exists in solving other crimes is lacking in many actors when it comes to men's violence against women. "Therefore, let this day be the most important this year," she writes about November 25.

Despite the increased vulnerability during the pandemic, only 0.02 per cent of global aid is set aside to counter men's violence against women. Only a third of the world's countries have paid attention to the issue. According to Kvinna till Kvinna's Secretary General, Petra Tötterman Andorff, this is unreasonable. To counteract and prevent men's violence against women, Sweden must earmark its international aid:

She believes that Sweden also needs to make demands on recipient countries so that women's issues are not downgraded and women's shelters are closed. The media also need to take responsibility and shed light on the issue, and authorities should conduct clearer campaigns.

- When Christmas and other major weekends are now on the doorstep around the world, the pandemic year 2020 will further increase expectations, stress and financial vulnerability. And unfortunately also the violence against women, writes Tötterman Andorff.

Women's shelters threatened when the support was withdrawn

Representatives of the Social Democrats, ETC.

During the corona, more women are beaten