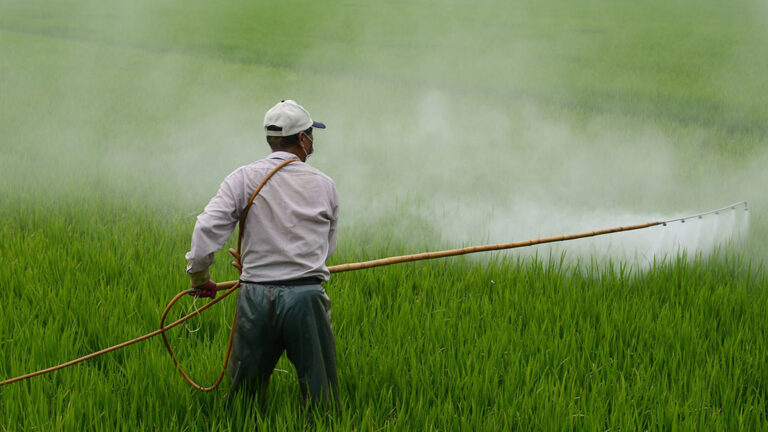 Many of the workers who produce our food earn so little that they themselves cannot afford to eat. In addition, many suffer from diseases after spraying crops without protective equipment. Rice plantations are sprayed here.

Have you bought coffee, rice or crushed tomatoes in the last week? Maybe avocado, tea or bananas?

We live in a time where many of us attach great importance to what we eat. We know how to eat healthy, climate-smart and good. How to whip up a wholesome brunch or a cruel vegan spaghetti bolognese.

But then there are aspects of our food that we know less about.

Like the people who produce our food often earn so little that they themselves can not afford to eat. That they are forced to work long days in miserable conditions, without breaks and the right to organize.

Here, ordinary workers talk about how they live on wages far below the subsistence level. They tell of the children who missed years of schooling because they were forced to work in the fields in order for the family to be able to afford food.

“We usually say that workers we only eat fifteen days a month. The money is only halfway enough ", says the fruit worker and father of three Robson, 32, from Bahia in Brazil.

We meet people who have become seriously ill after spraying crops without protective equipment.

"Several of my colleagues have lost all their hair and my skin is starting to fall out," says Carlos, 58, who has been spraying mangoes and grapes with toxic chemicals for almost twenty years.

In the last twenty years, the large food companies have taken an increasing share of consumer prices. Of the price we consumers pay for some of our most popular foods, today almost half goes directly to the food giants, while as little as seven percent goes to the grower or worker.

Power is increasingly centered on the big food giants, who together turn over multi-billion sums. And while companies are growing richer by pushing prices lower and workers harder, families in Brazil are being forced to skip another meal.

But while you as a consumer can relatively easily choose foods based on what is good for your own health, it is almost impossible to ensure that the food you buy has been produced under good conditions.

So we can not have it.

Oxfam therefore demands that all food players carry out proper inspections of their supply chains and take measures to prevent human rights violations.

We want Sweden to adopt legislation that ensures that Swedish companies take responsibility for human rights throughout the supply chain, both within and outside Sweden, and that companies that violate human rights can be held accountable.

Elin Williams works as a communicator at Oxfam.