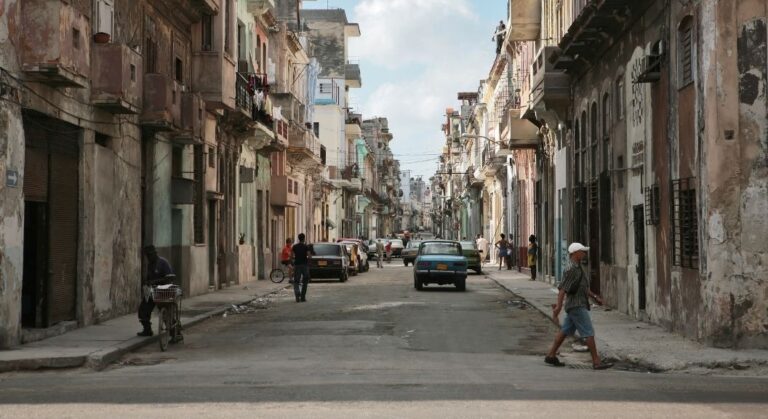 The queues meander long outside grocery stores in Cuba to get the most important things, according to The New York Times and DN. Many goods are missing and several major grocery stores are closed to reduce the risk of spreading the coronavirus.

The country with its 11 million inhabitants today has around 6,900 people infected with the coronavirus and 128 people (Nov 3) have died so far, according to WHO figures. However, the infection must be under control in the country, according to Jose Moya, who works as a representative of the WHO in Cuba.

- We have not seen any explosion in the number of increased cases that we have seen in several other countries. It testifies to Cuba's good health care system, he says in France24.

Cuba today has a strong and developed health system with over 100 Cuban doctors. Half of them are however, operating in other countries.

Restrictions in Cuba are severe. Schools are closed, airports and public transport are closed and most are asked to work from home to reduce the risk of spreading the infection. Infected people are cared for with special buses from the regime and placed in special accommodation housing outside the city where a nine-day quarantine applies.

The strict restrictions have had an effect on reducing the spread of infection among the population, which now seems to be under control. Due to the pandemic, lack of tourism and lack of economic control, the country is now in severe economic crisis where former blockades and sanctions have again led to severe consequences for the country's population.

With restricted imports, food shortages have arisen and led to something of a welfare crisis. The situation is the most critical since the fall of the Soviet Union in the early 1900th century, according to the Swedish Embassy in Cuba. But the situation is not as bad as it was then.

- Then everything was missing, especially food, says Ariolquis Romero, living in the countryside outside

The newly opened regime-controlled stores offer smaller queues but also significantly more expensive goods that are paid for with the dollar instead of pesos. A kilo of ham can cost almost as much as a normal monthly salary in Cuba, around SEK 200-400.

Alberto Cancio lives in a suburb of Havana. He also believes that the situation now can not be compared with the famine crisis in the 90s.

- It is not possible to compare with what happened in the 90s. Now there is a shortage of food in the country, but no famine like 25 years ago, says Alberto

According to Alberto Cancio, for example, there is a shortage of fish and chicken in Cuba and several other products.

The lack of tourism has also led to a shortage of hard currency, something that the regime's "dollar shops" should remedy. But the high prices and the fact that the currency in the shops is different from the Cubans' salary, contributes to inequality in the country.

Cuba is dependent on imports from countries such as El Salvador and Venezuela, but due to the closed society, several goods are stopped. Cuba's agriculture is inefficient and the country imports today 70-80 percent of the country's food.

Deteriorated relationship with the United States

Relations with the United States have also deteriorated in recent years following a somewhat thawed relationship as a result of former President Obama's efforts. USA: President Donald Trump has reduced the amount of money that can be sent by American citizens to relatives in Cuba.  Furthermore, the Trump administration has worked hard to strengthen the old trade embargo, by accessing Cuba's sources of income. Among other things, sanctions have been imposed on fuel from Venezuela, which has led to a lack of energy on the island.

To get the economy going, Cuban President Miguel Díaz-Canel has been forced to bring forward economic reforms. Facilitations for private actors to import goods have been introduced. Discussions have also taken place on merging the country's two currencies, the Cuban peso and the dollar convertible CUC. However, most in the country are skeptical of the merger of the currencies, according to DN. Most reforms have been introduced to be withdrawn a few months or years later.

President Díaz-Canel blames the United States and says Cubans cannot export what they want. Their arranged credits are withdrawn and the supply of petroleum to the country is prevented - all because of the neighboring country USA writes The New York Times.