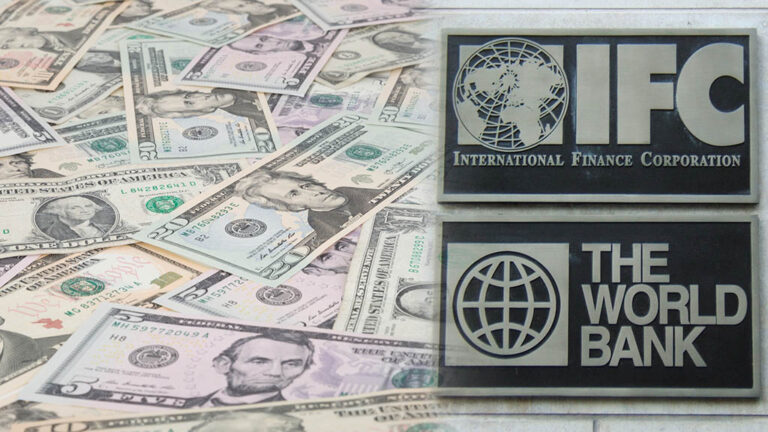 Many of the actors and countries that provide international development support have in recent decades acquired ever better gender glasses. In addition, they have gained an insight into the great importance of civil society for development cooperation. In the name of truth, it has not always progressed quickly, either with the writings in important policy documents or in practical action, but there is a positive trend.

However, there is a white spot left on the map and it is not small, but rather gigantic. The international financial institutions - with heavyweights such as the World Bank and the International Monetary Fund (IMF) - show a low level of awareness that barely goes beyond the usual beautiful phrases about the importance of gender equality and listening to civil society representatives.

In addition to the above, the major international financial institutions (IFIs) also include actors such as the European Investment Bank (EIB) and the European Bank for Reconstruction and Development (EBRD). IFIs operate in a global arena and their role is crucial in supporting weak states and developing countries, which often have to be rebuilt after wars and conflicts. This is often done through loans and investments without a profit interest - but with clear conditions on the part of most institutions. They can be given to infrastructure investments and to social institutions such as authorities and healthcare, but also to build functioning market economies.

The amounts handled are incomprehensibly large. For example, the World Bank distributes just over SEK 150 billion over a six-year period - to 16 countries east and south of Europe, including Algeria, Egypt, Israel, Jordan, Lebanon, Libya, Palestine, Morocco, Syria and Tunisia.

At first glance, it does not look so bad either. In the past, these investment banks suffered severely from a total lack of gender awareness and a deafness towards civil society when large financial investments were to be made. In recent years, several IFIs' various well-formulated policy documents have stated that they understand that gender equality is a prerequisite for sustainability, lasting peace and poverty reduction, and that it is crucial to listen to what civil society has to say. But on closer inspection, it turns out to be more varnish than foundation.

Woman to Woman's rapport "Maintaining a role for women's organizations in international development finance" points to several shortcomings in the actual international financial institutions' actual awareness and political will for improvement.

In the report, we have, in particular, taken a closer look at the policies within international financial institutions that focus on gender equality and civil society. We have interviewed 56 people with emphasis on the Middle East and North Africa. There are representatives of women's organizations, researchers, journalists, local representatives of these investment banks, but also heads of the departments for gender equality and civil society at the same banks' international headquarters.

In the report, we can state that these gigantic economic actors lack a thorough rights perspective in their texts and writings. It is also becoming clear that civil society in the countries concerned is not regularly consulted on major investments and loans. But perhaps the most serious thing is the total ignorance that these IFIs show about the fact that the space for civil society is shrinking around the world. There are almost no references to this in all policy documents.

It is our conclusion that IFIs are either completely unaware, or acting unconscious, of the heavy role they may play. They have great opportunities to counteract - or inadvertently contribute - to the shrinking space for civil society organizations and human rights activists.

Our report also shows that the combination of gender equality and growth in the rhetoric of IFIs is presented as a simple win-win situation. This is a connection that needs to be problematized and is not entirely true in all situations. On the contrary, women often come to the bottom of the labor market hierarchy when they are to be "integrated" into a growth economy. In addition, reality is often complicated by factors such as women's (absent) participation, or how violence against women prevents their voices from being heard.

The fact that these investment banks place a strong focus on the free market and privatization also does not leave much room for implementing women's rights. It can rather lead to gender equality going backwards instead of forwards.

A couple of concrete examples: Researchers Kenny and O'Donnell show in their report "Do the Results Match the Rhetoric? An Examination of World Bank Gender Projects ”that only 70 of the World Bank's total 1666 projects have gender equality as a priority. Of these 70, 41 projects actually have an indicator of gender equality and of the 41 projects, just over half have achieved the results, in other words a drop in the ocean.

The think tank Bretton Woods Project has evaluated The World Bank's 58 country strategies and shows that only half of these have gender equality as an indicator, but then only on issues such as education and maternal health and nothing on work, entrepreneurship, agriculture or women's voices and actors.

The shortcomings must be clear

It is incredibly important that it becomes clear to these economic giants how their lack of awareness affects women and civil society. In the long run, they run counter to their goals of sustainable, peaceful and vibrant societies.

But civil society and women's organizations also have a job to do. Awareness could be higher about how investment banks and foreign exchange funds work, what significance they have for, for example, the development of societies after conflicts and what astronomical amounts they handle. It is partly a matter of different worlds. Women's grassroots organizations are both figuratively and literally far from, for example, the World Bank with over ten thousand employees and headquarters in Washington DC

In order to contribute to change, we women's organizations must learn more about how systems work and how we want them to improve. With this report, Kvinna till Kvinna has taken a first step in that direction.

10 years left until we should have reached an equal world! 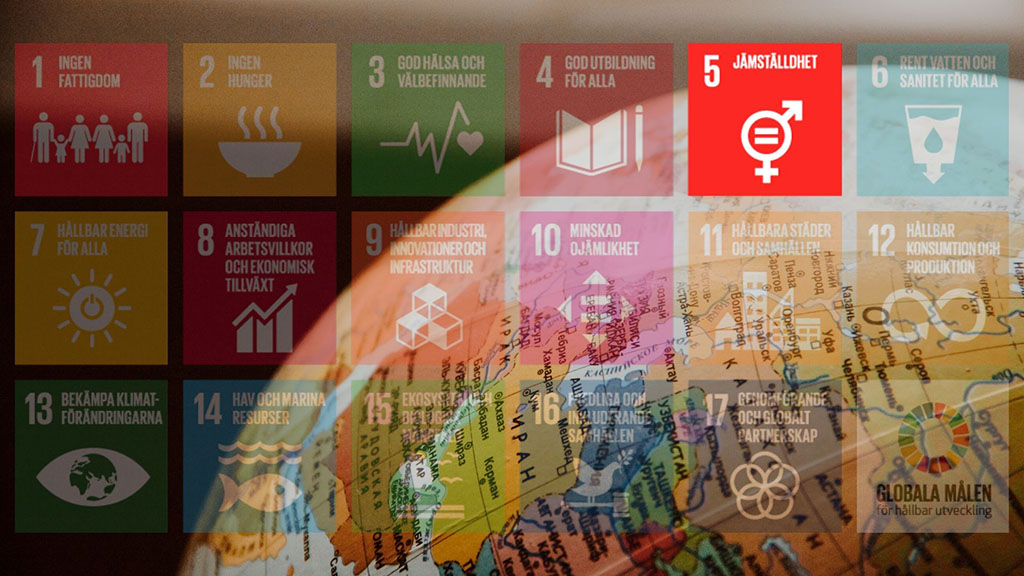 Gender equality is a prerequisite for sustainable and peaceful development. Gender equality is about a fair distribution of power, influence and resources. All forms of violence, discrimination and harmful practices committed by men affect both the individual and society as a whole. It has been proven time and time again that political, economic and social equality between women and men contributes to all dimensions of sustainable development.

According to the global goals in Agenda 2030, gender equality must be ensured by 2030.