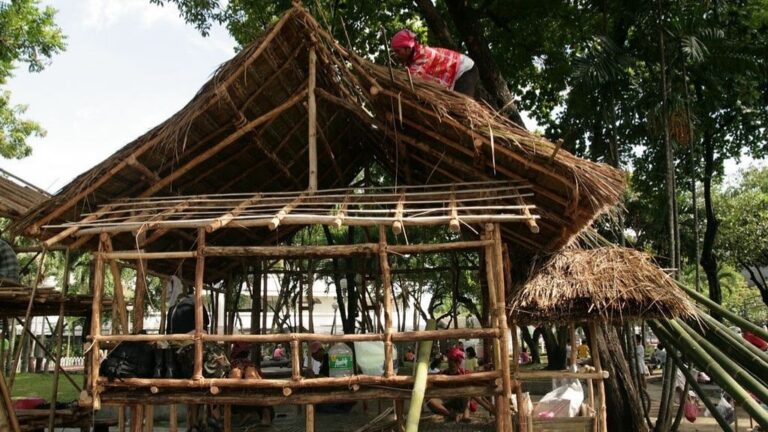 The Manobo people live in the tropical forests of the Philippine island of Mindanao. Instead of deforestation to promote mass production of agricultural products or to hunt and fish continuously, indigenous peoples follow their traditional way of life, which often has the purpose of living in harmony with nature. They have learned to feed on what grows naturally in the area based on the season. Hunting and fishing are also limited to specific areas at certain times of the year.

Similar lifestyles also follow the Tongan people in Zambia, where many animals are considered sacred or protected gods. Therefore, hunting is limited and it is also seen as its duty to protect these animals, including a number of bird species, from being killed by other humans. Just as in the tropical forests where the Manobo people live, the biodiversity of Lochinvar National Park in Zambia has benefited from the Tonga people's presence, shows research, and the national park has almost the highest number of bird species in the world.

A way of life that protects nature

A majority of the earth's ecosystems and biodiversity are at risk of being lost, as about a quarter of the earth's animal species are endangered - including animals on which humans feed. We also risk wiping out ecosystems that are essential for human survival, such as the Amazon rainforest. We are faced with the bitter fact that it is man's way of life that has caused this devastation. This is confirmed, among other things, by a report by IPBES, which is an independent transnational body that works with science on biodiversity and ecosystems.

But the report also states that areas inhabited by indigenous peoples, such as the Manobo people and the Tonga people, have a flourishing biodiversity. At the same time, forests and ecosystems have been preserved natural conditions, despite the presence of indigenous peoples for thousands of years. Indigenous peoples not only live sustainably, but their way of life also benefits ecosystems and biodiversity - where in some cases they have succeeded in protecting their areas from climate change. This is a direct result of their way of life, which has been generated by their advanced knowledge of animals and nature as well as their deep respect for the earth. The majority research studies shows that indigenous peoples' areas have healthier ecosystems than natural areas that are officially protected by governments and other international organizations. This is because they have usually lived in harmony with nature for thousands of years, which has led to an advanced knowledge of the biological diversity and ecosystems in their areas.

A way of life based on respect for animals and nature

Globally, indigenous peoples have a way of life that reflects a deep respect for our planet, and according to the spiritual faith, man in particular is seen as part of the cycle of nature - where we are neither superior nor inferior to any other living thing. Aborigines and Torres Strait Islanders in Australia has a saying that goes: "the country owns us". This means that we as humans cannot own a country, but the country in which we are born is the country that owns us - because the country daily gives us nourishment and life. Therefore, it is believed that one of the main tasks of man in our lifetime is to protect mother earth, because she in turn protects man. With this relationship to our planet, there is no room for deforestation, overfishing, mass production and overconsumption - there is only one way to live and that is in one with nature.

When you look more closely at the Manobo and Tonga people, it is easy to understand why they have succeeded in not only living sustainably, but also in protecting and preserving their nature. That is why IPBES wants the report, and other actors such as FN, highlight how indigenous peoples' knowledge and relationship to animals and nature can play a crucial role in how well we can stop climate change. Their presence has been proven to be crucial for the survival of nature in their areas - which is true for the Sami in northern Sweden as well as the Manobo people in the Philippines. Thus, their knowledge can be decisive for the tomorrow of nature and man.

Indigenous peoples of the world