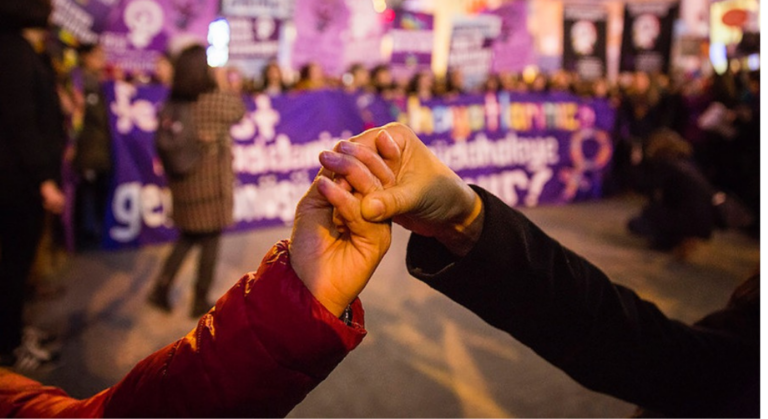 The situation of Turkish women has long been vulnerable. Women's political and economic participation remains low and women are exposed to a high degree of violence in close relationships and honor-related violence and oppression. Last year, 474 murders of women were reported in Turkey, so-called femicide, where the majority must have been performed by a relative.

Pinar Gültekins is one of those who was brutally murdered by an ex-boyfriend earlier this summer, which resulted in large protests both within the country and on social media. Thousands of people have during the summer demonstrated in the streets and squares of Turkey and over six million black and white images have been published under the hashtag #ChallengeAccepted to highlight oppression of women.

The Istanbul Convention can be abandoned

Despite widespread violence against women, President Recep Tayyip Erdoğan and the Conservative Party AKP are considering abandoning the Council of Europe Convention on Violence against Women, also known as the Istanbul Convention. In 2012, the country was the first to ratify the convention, but major shortcomings have been seen in the implementation and the convention has not yet been transposed into Turkish law, according to Swedish Radio.

In July this year, the AKP's Vice President Numan Kurtulmuş claimed, according to Arab News that ratification was a mistake and that Turkey may withdraw. The Conservative Party claims that the convention poses a threat to traditional family values ​​and plays into the hands of the "LGBTQ movement", according to Arab News.

Increased violence during the corona pandemic

UN Women has reported increased violence against women in Turkey during the corona pandemic and during the first half of 2020, 146 women were murdered in Turkey, according to Turkish We Will Stop Feminicide Platform. The development magazine has previously reported that more women and girls isolated in homes during the pandemic with their perpetrators, without the possibility of help and protection. That Turkey may leave the Istanbul Convention is worrying, according to Anna Błuś, who researches women's rights.

Sweden's Foreign Minister Ann Linde has drawn attention to the reports of increased violence against women in Turkey during the pandemic. She writes that Sweden takes development in Turkey seriously to the Riksdag. "The Istanbul Convention is an important instrument for combating violence against women and in close relationships. The government is working for the convention to have an increased impact ", she writes.

On Tuesday, Linde will meet with Turkish Foreign Minister Mevlüt Cavosogluen in Ankara, among other places, to discuss human rights.

- The situation of democracy and human rights and the rule of law have deteriorated in Turkey and I will of course address that, says Linde to SvD.

Linde will also meet, among other things, LGBTQ and gender equality organizations in Turkey.

The Istanbul Convention, formally the Council of Europe Convention on Preventing and Combating Violence against Women and Domestic Violence, is an international convention within the Council of Europe that aims to combat violence against women and violence in close relationships. The Convention was established on 11 May 2011 in Istanbul, Turkey. 45 states and the European Union had in March 2019 signed the convention. On March 12, 2012, Turkey became the first state to ratify the Convention.

Julia Thalin is a non-profit active at FUF as a world monitor.