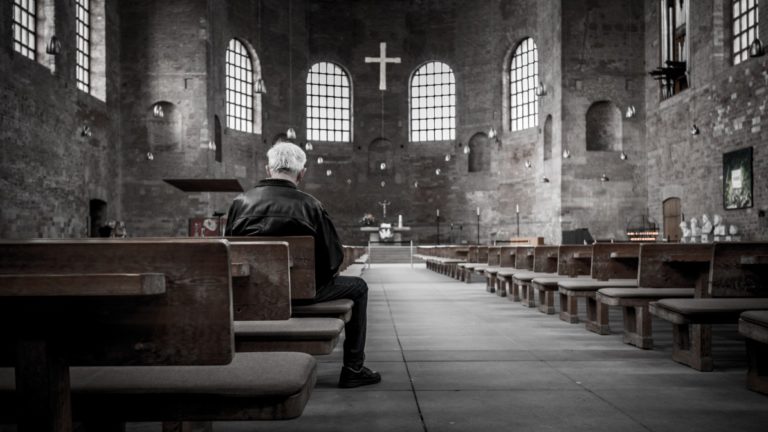 Men's power and norms around masculinity and violence must be questioned. In a world where religion plays a major role in people's life choices and behaviors, a theology that contributes to a changed masculinity is therefore needed. If we work together with the global church movement, the opportunities for change increase in depth, write representatives of the Pentecostal Mission's development cooperation, PMU.

Men are overrepresented as perpetrators of violent crime globally. Women take the greatest responsibility for relationships, home and family. Men top suicide rates. These are some examples of why there is a great need to change the norms around masculinity.

About 80 percent of the world's population professes some religion. This means that religion is important both for individuals and from a societal perspective. Faith and hope have often been driving forces in the work for gender equality and women's rights, while religion has also cemented stereotypical gender roles and contributed to maintaining patriarchal structures. No matter what we think about religion, it shapes our societies and beliefs play a role in people's lives. Religious actors play an important role in creating and consolidating values ​​in society.

For a believer, religion often comes first. In the PMU's global gender equality work, it is clear that the theological starting point is crucial for achieving change in gender equality issues. This also means a huge opportunity. People come to church open to change. A central message in the Christian faith is about love for fellow human beings. When the church also clearly takes a stand for gender equality and women's rights, there are great opportunities to reach people and create lasting change.

It is important to challenge stereotypical gender roles

In DR Congo, one of the world's most forgotten conflicts is taking place with widespread and brutal sexual violence against civilians. In both times of conflict and peace, there are notions of men's right to women's bodies, notions that excuse and normalize sexual violence against women. It is connected with discrimination against women in other areas of society and the view of women as subordinates.

In this situation, PMU's partner Panzi Foundation is working on the gender equality project Badilika, which means change, where an important part is to challenge stereotypical gender roles.

“We meet mixed groups and highlight different types of themes, because you can not change the situation of women without men being involved. Badilika means change and we work with both teaching and opinion formation ", says Roger Buhendwa who is the project manager.

A conversation about a theology is needed for a changed masculinity

In PMU's global work, we see, as in Sweden, how the combination of the words “men” and “power” means a great challenge. It is relatively easy to support a work for women's rights, work against gender - based violence, girls' right to schooling or the fight against female genital mutilation. It is more difficult to see one's own position of power, to acknowledge the problems with the church board consisting only of men or that men are overrepresented as perpetrators of violence.

In Almedalen, PMU and Bilda are organizing a seminar entitled "Men, power and #metoo in the church". Our ambition is a conversation about how we can challenge restrictive norms and what a concrete work for changed masculinity in the church can look like. In the global gender equality work, the importance of including men and boys has been raised in recent years. The government does the same in its gender equality strategy, which was launched in the spring of 2018. The strategy emphasizes the importance of men's and boys' commitment and responsibility, especially linked to changes in social norms and prevention of gender-based violence.

Men's power and norms regarding masculinity and violence must be questioned both in Sweden and in global gender equality work. In a religious world where faith and hope play a major role in people's life choices and behaviors, a theology for a changed masculinity is also needed. The Christian Church speaks of the renewal that comes with faith. Based on theology and human rights, this renewal could have a much deeper meaning. At the same time as the challenges are great, we are convinced that there are good opportunities for a change in the male role in depth when we work together with the global church movement.