1) Distrust or trust
Development aid policy seems to be under constant scrutiny by the moderates and Minister for Development Aid Gunilla Carlsson. Above all, Carlsson's statements are characterized by constant distrust of development aid as such, its ability to deliver results and various actors in development cooperation.

2) Discontinue or develop
In two terms, ie eight years, Gunilla Carlsson says that development aid policy can begin to be phased out. Then absolute poverty is eradicated and aid is no longer needed. If it is the government's policy, we can state that their solidarity stays at US $ 1,25 a day. Then everyone has to fend for themselves.

Unfortunately, it is not realistic that absolute poverty would be eradicated as early as the beginning of the 2020s. When Gunilla Carlsson prepares to abolish development aid policy, we Social Democrats instead want to pursue an active development policy that takes the world further than just just above the absolute poverty line.

3) Assistance to countries or people
The government's strategy is to direct Sweden's aid to the poorest countries in the world. Of course, these are a priority, but the Social Democrats do not want to exclude development cooperation to the majority of the world's poorest people living in middle-income countries.

The Social Democrats want Swedish development cooperation to be directed both at the poorest countries and include poor people in middle-income countries. However, the methods naturally need to look different in different environments.

4) Equal development assistance
Research shows that aid to women is more effective than aid to men. The government claims that half of Swedish aid goes to women. But it can not prove it. Despite Gunilla Carlsson's mantra of control and follow-up, we do not know for sure what the distribution looks like between women and men. However, we can see how the investments in SRHR have varied over the years.

The Social Democrats want a stable course for development cooperation, both in terms of long-term development effects for women and the level of SRHR work.

6) No inflated depreciation
The moderate-led government has almost made it an art form to inflate the settlements from the aid framework for debt write-offs. The debt write-offs that have been made have deducted more than SEK XNUMX billion from poverty reduction. Appropriations for Swedish embassies that do not handle development assistance have been criticized by the DAC.

The Social Democrats want the settlements that are made to take place in accordance with the existing international regulations, but we say no to inflated debt write-offs even if they fall within the regulations. We also want the government to report to the Riksdag on how settled funds meet the goals for development cooperation.

The Social Democrats are in favor of new jobs but look beyond that. Human rights in working life, organization and decent conditions are important to meet the challenges of globalization and to be able to use it as a positive force for people to be able to lift themselves out of poverty and influence their situation. In this area, Sweden can do much more.
The Social Democrats want to see more jobs - and good jobs. The government does not seem to be interested in this.

9) Real results
Reporting and results have been Gunilla Carlsson's theme. Results are of course central, but the methods have unfortunately led to a strong bureaucratization of development assistance and short-term action. The Government's problems with governance have meant, among other things, that the long-term nature of its operations has suffered as a number of strategies and governance documents have been delayed due to these difficulties.

The Social Democrats believe that there should be high demands on order and results as well as results in international development activities. The same high requirements and goals must apply to all actors. At the same time, the bureaucratization of development cooperation must not grow so that it hampers operations.

10) Open change processes
When Gunilla Carlsson now changes development aid policy, it takes place in closed processes without transparency. We fear that the government will soon in practice decide on a new development assistance policy without parliamentary consideration.

When PGU was decided in 2003, it was done after an extensive and open process. In addition to the Social Democrats being critical of the lack of transparency today, we are convinced that the quality of decisions will improve when more people participate. We want to renew development policy in open processes. 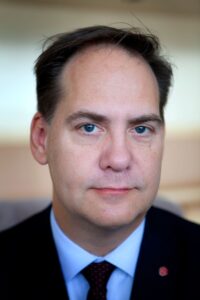