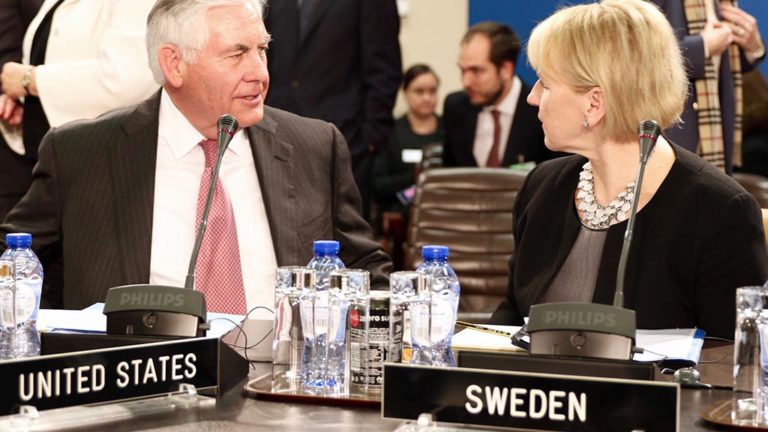 On July 7, 2017, history was written. 122 states voted for a convention banning nuclear weapons at the UN headquarters in New York. Although nuclear weapons are the most inhumane weapons ever created, it took 72 years from the near destruction of the Japanese cities of Hiroshima and Nagasaki by the Japanese atomic bombs before negotiations to ban these weapons of mass destruction came to fruition.

For four weeks, there were intense discussions about the context of the convention and its scope. The end product was the UN Convention on the Prohibition of Nuclear Weapons (TPNW), which prohibits possession, development, testing, production, manufacture, transfer, storage, use or the threat to use nuclear weapons.

The states that participated in the negotiations and also pushed for the negotiations to get rid of were nuclear-weapon-free states, most of the countries from the southern hemisphere. This is natural as 90 percent of the southern hemisphere is covered by nuclear-weapon-free zones, which means that these states are already obliged not to possess, develop or build their security doctrines on nuclear weapons. For these countries, signing the Nuclear Weapons Convention is not such a big commitment. But in addition to these states, a number of European states participated, including Sweden, Ireland, Switzerland and Austria. The participation and signatures of these countries may entail the greater degree of new commitments and strengthen the effect of the entry into force of the Convention.

An important aspect of the Convention's potential is not least the global united force, to unite states from nuclear-weapon-free zones in the southern hemisphere with European states. Sweden is a key state there with its long credible disarmament tradition. When Sweden shut down work for a Swedish atomic bomb in the 60s, a high level of credibility remained in disarmament negotiations - through the technical expertise and political credibility that Sweden gained as a state that opted out of the atomic bomb.

Although both the technical competence and the political credibility are not as high today as it has been, many countries look to Sweden. A Swedish accession puts a high stamp of credibility on the agreement. When the agreement has entered into force and the state parties meet for the first time, if Sweden is not in the room as a state party, it is a great tragedy for Swedish foreign policy and an exception in history.

Once the convention was adopted, the president of the negotiations, Ambassador Elayne Whyte from Costa Rica, said: "Democracy has finally come to nuclear disarmament!"

We had achieved something that many said was naive - and even impossible. Nuclear weapons are an expression and a symbol of oppression. A few states (9: the United States, Russia, China, Britain, France, India, Pakistan, Israel and North Korea) consider themselves entitled to hold the rest of the world hostage by constantly threatening to use nuclear weapons.

It is about colonial oppression

Through threats of withdrawn aid, interrupted collaborations, etc., they prevent their former colonies from exercising their democratic right in the world, the UN system and disarmament. We in Sweden have also noticed this way of working. The US Secretary of Defense has threatened the Swedish government that Sweden will not accede to the Nuclear Weapons Convention, as he believes that there may be a risk of future military cooperation.

There is so much evidence of this shameless behavior which also extends far back in time and in many matters. For example, it is difficult for many states in Africa and Oceania to take a stand on the Nuclear Weapons Convention as they do not dare to jeopardize relations with - and assistance from - the nuclear powers. It is frightening to see how states in practice have no actual right to self-determination, even though on paper they are free states.

Sweden sends signal to the world

When Sweden now begins to act in accordance with the US directive, it will of course be even more difficult for the former colonies to stand up to the great powers and take the risk of withdrawing aid and cooperation. If not an independent, European and prominent country like Sweden dares to make its own decisions about nuclear disarmament, how will others dare? Let democracy really come to disarmament!