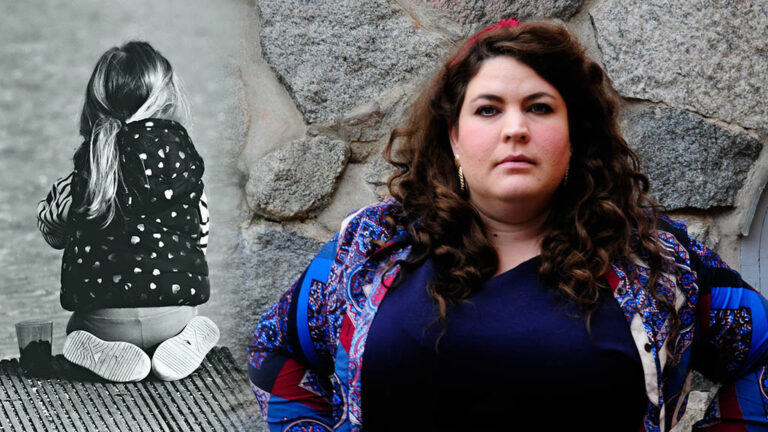 Sweden's humanitarian decline continued last week when Jimmie Åkesson acted as Sweden's most well - paid street missionary. In Turkey. There he handed out leaflets to hungry and frightened people on the run and said that Sweden is full. Do not come here. His actions and the printed leaflet are yet another in the wake of the Sweden Democrats' lived delusions.

The leaflet is signed by a Jimmie who according to his own statement now represents Sweden and the Swedish people. This is despite the fact that Jimmie is not part of any government at all, is specially broadcast by Sweden, has won Eurovision or has some form of parliamentary majority in the Riksdag. His grandiose disillusionment with leadership still seems to be followed by various party leaders. One by one, they seem to have a moral brain collapse and forget what the very core of politics stands for.

An Ulf Kristersson posing in hunting clothes. According to him, completely unaware that spectators are reluctantly diverted to a Moderate who now gives its approval to control (shelling) of pests (refugees) at the EU's external border. Refugees who half consist of children, according to assessments by the UN children's rights organization Unicef. Despite the fact that Ulf Kristersson's photo was quickly taken down from social media and Kristersson came up with some kind of… let's call it an apology…, the Moderates are facing a thorough investigation. If nothing else, you can only congratulate the official merger with the Sweden Democrats and expect the grandiose to soon take the throne.

A Stefan Löfven who after 5 years still wants to wait out the cry for help at the "sea of ​​death" (until they are completely silent, I suspect). The slogan is repeated: not until all EU countries are helped equally will Sweden take its responsibility. Despite being over 30 people on the run has disappeared only in the last five years. 2 of these just outside the EU walls. This year alone, about 10 children have died in the sea on their way to Europe. Drowned while the EU border police - paid for by Swedish taxpayers - harass them, oppose them and refrain from rescuing them. It is a betrayal by the Social Democrats that legitimizes that people on the run can be used as game pieces in state negotiations. A betrayal that legitimizes children dying on the way to Europe.

Politics is there to carry the voices that are not otherwise heard, to strengthen those who cannot lift themselves and to build the society we want. People on the run must have their international law rights respected. The right to seek asylum.

The shelling of refugees at EU borders and the repulsion of boats arriving on the EU coast must be stopped! Sweden should immediately ensure that children with families, as well as unaccompanied children, receive protection.

The youth movement has contributed to the refugee reception before and will continue to do so. The young refugees who come to Sweden are still welcome in the youth movement and continue to make us a stronger movement. And it makes me proud to say that young people's commitment and organization gives me renewed faith in Sweden's role in the world.

That is why LSU - Sweden's youth organizations demand:

✓ Family reunification for all children, regardless of protection

✓ Permanent residence permits for children as a general rule

✓ Legal ways for people to get to Sweden and Europe