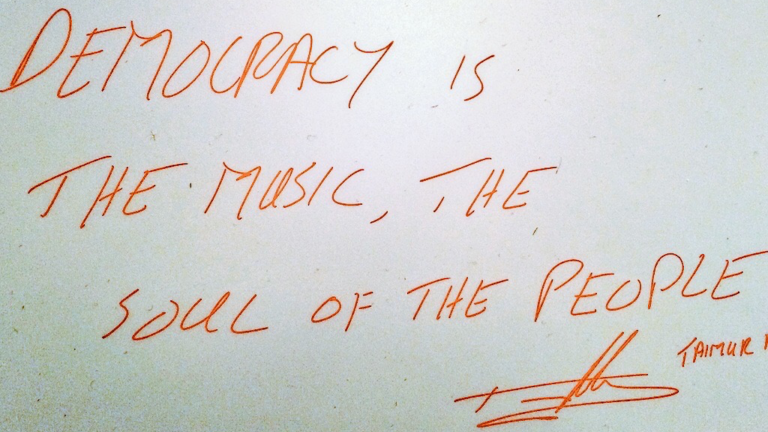 Both international and Swedish democracy aid is effective, according to a new study from the Expert Group for Aid Analysis (EBA). The report also shows that Sweden's democracy assistance has decreased at country level in recent years. Helena Bjuremalm, Deputy Head of Unit at Sida's Democracy Unit, has analyzed the results.

On December XNUMX, the Expert Group on Development Aid (EBA) published a solid study on the effects of democracy aid, both Swedish and international. The purpose of the study was to investigate whether democracy assistance works and under what conditions. Anyone who works with democracy assistance can reach out; The study shows that democracy aid makes a difference, especially Swedish.

The results of the study show that the contribution of international democracy assistance to democracy is positive and surprisingly strong. The connection is also somewhat larger when it comes to Swedish development assistance. These positive connections could, in my opinion, be due to the fact that donors increase their democracy aid when they see that development is going in the right direction, that is to say that aid follows after an already positive trend, rather than that it is democracy aid that drives on the trend. The causal relationships are simply difficult to find out even in a quantitative study like this.

According to the report, the greatest impact is on aid aimed at the core areas of democracy: efforts to promote free and fair elections, parliaments and political parties, free and independent media, human rights, and democratic participation and civil society organizations. The researchers behind the study call these areas democracy aid in narrow meaning, and is based on the areas defined by OECD Assistance Committee (DAC).

What can be called brett Democracy aid also has an effect, but that connection is not as clear, according to the research group. These include assistance to the rule of law, ombudsman offices, anti-corruption institutions, women's and gender equality organizations, public financial management, national audit, decentralization and support to municipalities, meteorological services, and prisons.

It is perfectly reasonable not to include meteorological services and prisons in the narrow definition of democratic assistance, but at least the institutions and processes of the rule of law should also have been included. They are absolutely central both for the institutions of democracy to be stable and for individuals to have equal access to justice. The judiciary should, of course, have been involved when the executive and the legislature are involved. It is also contradictory to include the broad category of "human rights" in the narrow definition but not the field of women's and gender equality organizations - as if gender equality has nothing to do with human rights.

Difficult choice between results and morals

Democracy aid is more effective when it supports democratization than when it tries to slow down increasing autocratization, according to the researchers. However, that conclusion may be difficult to apply because significantly more states are unfortunately going backwards than forwards in democratization since 2013, according to Varieties for Democracy. It would be politically and morally challenging to draw Ner on democracy assistance to, for example, human rights defenders or investigative journalism in states that have become increasingly authoritarian.

The study also shows that democracy assistance is more effective when directed at institutions and actors than structural factors. Development aid that focuses on structural factors that can underpin democratization - for example for health or education - also has effects on democracy but is significantly weaker. A donor who wants to prioritize democratization should therefore primarily focus on the narrower definition of democracy assistance aimed at institutions and actors: authorities such as electoral authorities, free and independent media, and actors who fight for the promotion of and respect for human rights. Donors should also supplement this with contributions to the institutions and processes of the rule of law as well as women's and gender equality organizations from the broad definition.

Sida is relatively one of the largest donors when it comes to democracy aid; just under 30% of aid goes to democracy and human rights in the broader definition. If used more narrowly, the proportion decreases to only ten percent.

The study contains a conclusion that surprises: Sweden's assistance to democracy at country level has reduced strongly since 2014, in terms of the narrow definition of democracy aid.

However, researchers have not included just over a third of Sweden's democracy assistance, according to the broad definition, which goes to global actors such as international civil society organizations and UN agencies. This is probably because it is too difficult to calculate exactly what has gone to which countries. But the research group should have been clearer that they do not count on that third of Sida's democracy aid at all.

Facts about the study

EBA's study Effects of Swedish and International Democracy Aid is based on both a comprehensive literature review and quantitative analyzes of the effects of democracy assistance on democracy in 148 states from 1995 to 2018. The researchers are based on Robert A. Dahl's definition of democracy with its focus on free, justice and regular elections. They define democratization as the transition from authoritarian to democratic rule. The research group conducted the study under the leadership of Miguel Niño-Zarazúa, who is affiliated with the United Nations University World Institute for Development Economics Research (UNU-Wider).