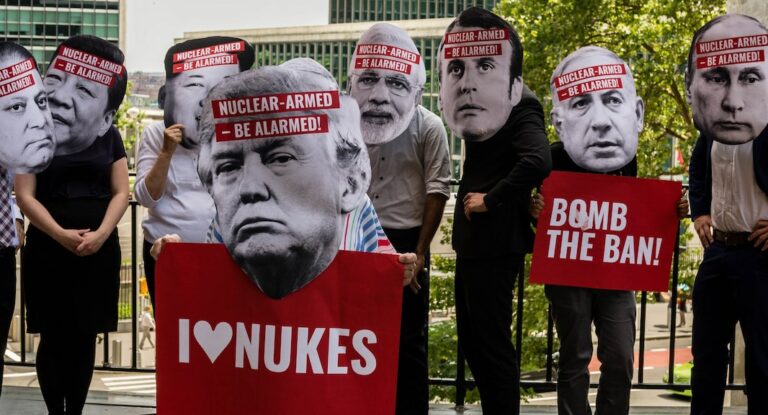 Many civil society organizations, not least the women's and peace movements, have pushed for the issue of a ban on nuclear weapons around the world. A feminist foreign policy has a vision of a world without violence, which by peaceful means can prevent and resolve conflicts. The international community has a crucial role to play in realizing this vision. A feminist foreign policy interacts with peace and security policy, and puts human security before territorial security.

Sweden is facing a choice of path

In the autumn of 2017, the government appointed an inquiry into the consequences for Sweden if we sign the UN agreement. Lars-Erik Lundin, the government's special investigator, wrote in his report that the convention on a ban on nuclear weapons is "unclear" and must be "developed". He comes to the following conclusion: "Sweden should neither accede to nor sign the convention in its current form". The investigation has now been out for consultation. Several heavy consultative bodies do not agree with the conclusion. In addition, just over four out of five Swedes want Sweden to sign the convention.

Sweden is facing a choice of path: go ahead and continue to push for disarmament or passively watch as the nuclear threat increases. In the face of a nuclear disaster, we are powerless. In addition to an immediate humanitarian crisis, there will be a climate collapse with crop failure and mass starvation. A major nuclear war would make our planet uninhabitable for humans for the foreseeable future. We can not allow that!

Sweden's foreign policy cannot be governed by the United States

It is remarkable how the Swedish Armed Forces' response to the referral acknowledges that nuclear issues are integrated into all activities at several different levels in NATO and with the great powers. They point out that military cooperation with nuclear powers will be "negatively affected if Sweden accedes to the convention".

It is worrying that the Armed Forces agrees with the inquiry's assessment that "the implementation of the convention and national compliance is an uncertainty." Nuclear weapons themselves are a global security threat because they are weapons of mass destruction. The Convention is an excellent tool for reducing this threat and realizing the vision of a world without nuclear weapons.

The Feminist Initiative calls on all democratic parties in the Riksdag and civil society organizations to act so that Sweden fulfills its obligations and ratifies the nuclear weapons agreement.

The Feminist Initiative will continue to push for a total elimination of the approximately 15,000 nuclear weapons that pose a threat to humanity. The world does not need nuclear weapons, the world needs disarmament, peace and human security.

Jaime Gomez is the Foreign Policy Spokeswoman for the Feminist Initiative. 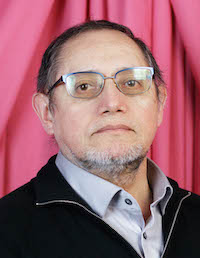