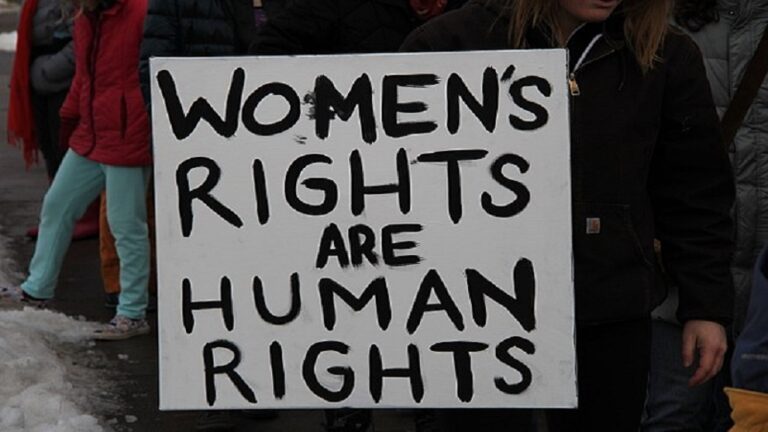 On March 29-31, the first part of Generation Equality Forum in Mexico City. The initiative was taken by the United Nations Women's Organization (UN Women), in cooperation with the governments of Mexico and France, and brings together activists, civil society, companies, states and international organizations to ensure that effective action is taken to promote gender equality.

The actors within the forum have been divided into six different focus groups, so-called action coalitions, to work out action plans in specific areas. Sweden, together with four other countries and a number of organizations, has led the action coalition on economic equality. The work done in Sweden has been carried out by the Ministry for Foreign Affairs and the Gender Equality Unit at the Ministry of Labor.

- Sweden will contribute to the coalition with experiences of working with economic and social reforms and gender equality policy. We will highlight issues such as special taxation, parental leave, childcare reforms and gender budgeting. But above all, we must learn from other actors and strengthen each other in the work, therefore, among other things, the stakeholder meeting with civil society is very important, says Minister for Gender Equality Märta Stenevi in ​​a statement at the government website.

What distinguishes this global gathering for gender equality is the breadth of actors. In order to achieve goals in practice, commitment is needed from all parts of society - governments, companies and civil society. UN Women's Executive Director Phumzile Mlambo-Ngcuka inaugurated the meeting stating that progress has been made but that there is a rhetoric about gender equality that has not been met with measures or finances. In this forum, action plans will be designed together with financing, accountability and time frames.

After the three conference days announced Phumzile Mlambo-Ngcuka that revolutionary action plans had been drawn up, including new laws that will give millions of more women in the world protection against violence and the right to control their own bodies and family planning. In addition, plans were drawn up for girls' right to education, women's participation in technological development and equal pay. The action plans are financially backed and will have clear effects within the next five years.

Forum organizers concluded that around 10 people attended the three-day meeting, physically or digitally, including 000 speakers from 250 countries. In addition to the action plans, a number of initiatives were launched at various levels. Some examples are that leaders of youth organizations and civil society adopted a common feminist vision for 85, Mexico's National Institute of Women, Inmujeres, launched an initiative with UN Women to help women's economic vulnerability during the pandemic and a global network of philanthropists will raise 2026 million US dollars to support the action plans drawn up.

Following the inaugural forum in Mexico, a follow-up event will take place in Paris in June, when the concrete action plans that have been developed will be launched.

The Generation Equality Forum is a global gathering to promote gender equality in the world, in which governments, international organizations, activists, entrepreneurs and philanthropists participate. The initiator is the UN agency UN Women and the hosting is shared by the governments of Mexico and France.
The participants work in six different action coalitions, action coalitions, to develop concrete action plans for gender equality that are accompanied by time frames, investments and legislation. The six coalitions are: gender-based violence, economic equality, the right to control one's own body and reproduction, feminist action for climate justice, technology and innovation for equality, and feminist movements and leadership. Sweden has a leading role in the coalition for economic equality.
The forum is conducted in two rounds; March 29-31 in Mexico City and June 30 in Paris.