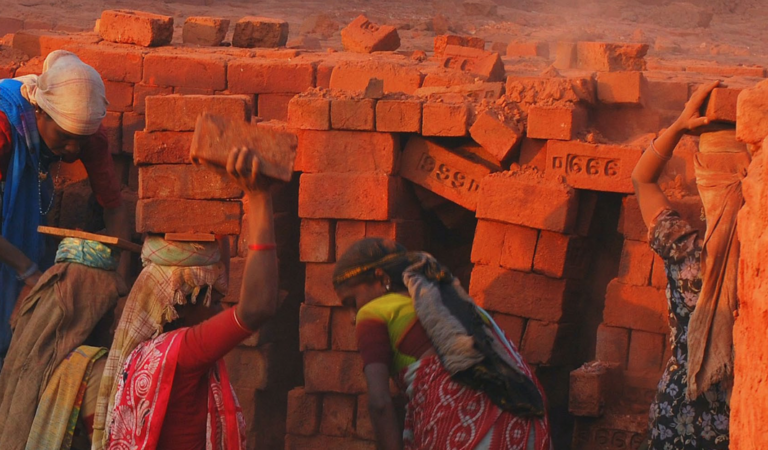 Many Swedish companies today exist in markets where human rights violations are common and labor law protection is weak. The Covid-19 pandemic has further exacerbated the situation of vulnerable people. It is high time that the Swedish government adopts legislation that requires companies to respect human rights in their own operations and in all their business relationships. This is what ForumCiv calls for in a new report.

Companies today are integrated in the global market and often established in a large number of countries, including low-income countries. The constant search for cheaper products and production methods means deteriorating working conditions and an increased risk of human rights violations. Dangerous workplaces, child labor, violations of trade union rights, threats against indigenous peoples, forced relocations and health risks are examples of human rights abuses linked to entrepreneurship around the world.

The Covid-19 pandemic has drastically exacerbated the situation. All over the world, factories have been forced to close due to reduced orders, a shortage of raw materials and an escalating spread of infection. Millions of people have been forced into unemployment and rising poverty as countries shut down their societies. Women, migrant workers and those working in the informal sector have been particularly hard hit.

In our report Time to act we address three sectors - natural resource extraction, agribusiness and the textile industry - where human rights violations are common. Land conflicts and forced relocations are common when mining expands in an area and indigenous peoples are particularly hard hit when they are displaced from their traditional areas. Large-scale oil palm plantations are destroying tropical forests and working conditions on the plantations are substandard. Soybean farming and livestock farming are the main causes of deforestation in the Amazon, and we all remember the catastrophic fires last year. The working conditions of millions of textile workers in low-income countries are unacceptable with long working days and unpaid overtime, and child labor is common.

Today, there are no binding rules requiring companies to respect human rights. The UN Guiding Principles on Business and Human Rights are the main guidelines in this area. But the principles are not legally binding, and it is clear that voluntary guidelines are not enough. An analysis of 1 European companies shows that only 000 percent report on how they act to prevent negative impacts on human rights in the supply chains. The companies that are at the forefront and prioritize sustainable work are today forced to compete on unfair terms with companies that do not make the same priorities. A team with clear requirements for companies would create an equal playing field.

Sweden is lagging behind

Several other European countries have already adopted laws, such as France, the Netherlands and the United Kingdom. Other countries are discussing different types of bills. The EU Commissioner for Justice presented an initiative for legislation at EU level this spring, and the Commission plans to present a proposal early next year. In Sweden, the attitude has so far been tentative and no steps have been taken to investigate what Swedish legislation could look like. If it becomes an EU directive, this will be implemented nationally and the government should now urgently examine the possibilities for this.

In our report, we have interviewed some leading Swedish companies who all believe that binding regulations are needed to create a fair game plan. Companies no longer discuss whether they are for or against a law, as they did a few years ago. Now they expect it to be legislation. It is rather a question of when and what such a law will contain. Companies also believe that it would be easier for them to make demands on their suppliers and customers if they could refer to legislation.

In our report, we show which components a piece of legislation needs to contain in order for it to be effective. It should be a law that covers all companies and all sectors. The law must require companies to implement a so-called human rights due diligence to identify and manage risks, and there needs to be a clear civil and criminal liability for companies. People who have been affected must have the opportunity to have their case tried in an effective manner and they must have the right to compensation.

Sweden is often seen as a pioneer in the work for human rights. Now is the time for the government to show that this also applies to the area of ​​entrepreneurship and human rights. Sweden needs legislation requiring companies to respect human rights in their own operations and in all their business relationships. It is possible that it will be via an EU directive that will then become Swedish law. The government should appoint an inquiry into the most important components of such a law and how it can be integrated into the Swedish legal system. At the same time, Sweden should be actively involved in the work for an effective regulatory framework at EU level. This is urgent, it's time to act now.