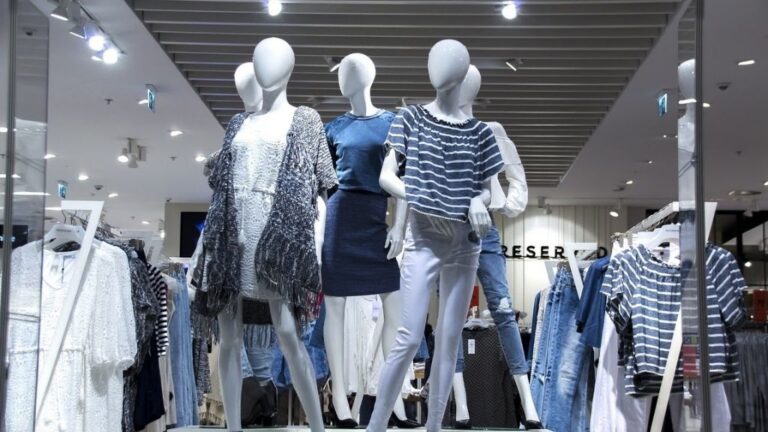 The textile industry is estimated to be the second most polluted industry in the world, after the oil industry, according to UN News. Photo: PhotoMIX-Company. Source: Pixabay.

The clothing industry is the second most polluted industry in the world and the largest parts of the emissions for Swedes' consumption take place abroad. At the same time, the people who make clothes in factories work under terrible working conditions.

Before each spring and autumn, this year's fashion trends are marketed. Most of the clothes we buy are used on occasion and thrown away after just over two years. In recent years, interest in second-hand fashion has increased, but despite this, the unsustainable consumption of new trends continues in a society with a continued wear-and-tear mentality.

The people who work in clothing factories often have unreasonably long work shifts and wages that they can barely manage. The factories may also be unstable, lack fire protection and have an indoor climate that is unhealthy for the workers. Most people are well aware that the manufacturers of the textiles we buy generally work in poor conditions and that the production of clothing contributes to climate change. On the other hand, something that should be given more attention is how Swedes' consumption affects the countries where production takes place.

Climate change affects people in poverty the most

The consequences of climate change mainly expose people living in poverty in low- and middle-income countries - despite the fact that they have contributed the least to climate change. This is mainly due to the already dry climate and the limited access to natural resources such as clean water, according to the Swedish Society for Nature Conservation.

The largest parts of the emissions for Swedes' consumption takes place abroad. Regardless of how the emissions are calculated statistically, the emissions for clothing production take place in the countries in which the clothes are produced - and not where they are consumed.

The textile industry - one of the world's most polluted industries

From an article in UN News It appears that the textile industry is estimated to be the second most polluted industry in the world, after the oil industry, and that it emits more greenhouse gases than aviation and shipping combined. In order for clothing consumption to be sustainable, the climate impact that comes from clothing must virtually become non-existent.

Most fashion giants produce their clothes in countries such as China, Bangladesh and Vietnam. The low cost of labor pushes down prices for production and raises profits. At the same time, consumption in the West is increasing by a population that earns more money today than before.

The manufacture of clothing is dangerous for both the environment and the people who manufacture it. We have long known that the people who make our clothes do so under inhumane conditions. Despite this, the desire to buy this autumn's new trends and to buy t-shirts for around a hundred kronor remains. Swedes consume clothes at the expense of people in the countries where clothing production takes place. As long as the wear-and-tear society does not end, clothing consumption will never be sustainable.