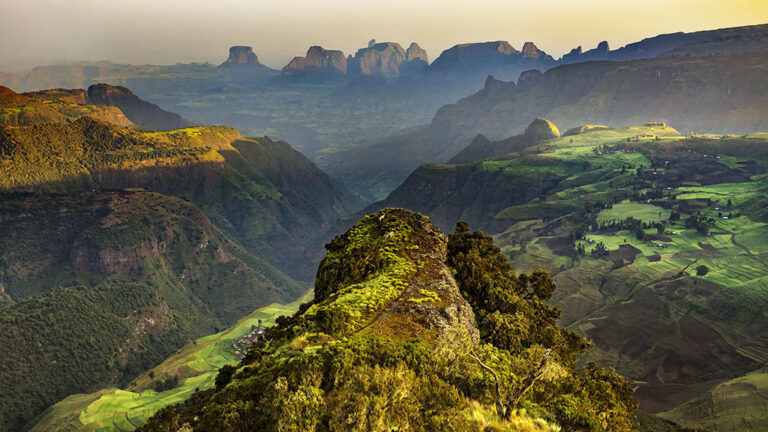 The indigenous people of Gambela, Ethiopia are critical of the fact that the company Karuturi Global is about to get the right to use their land. Photo: WitR, Adobe Stock

The Indian company Karuturi Global is about to enter into a new lease agreement to use land in the Gambela region of Ethiopia. The company has had a previous lease of land in the region, but it was terminated in 2017 due to problems with forced relocations and deforestation. The locals are critical of the agreement and fear that their land will once again be abused by foreign actors.

In April 2019, the Indian company Karuturi Global announced to its investors that they had been granted a lease agreement to use land in Ethiopia. They want to use the land for growing crops. The lease agreement applies to 15 hectares in the water-rich region of Gambela in the western part of the country. Such an area corresponds to just over 000 football pitches.

According to the organization Illegal Deforestation Monitor (IDM), only regional authorities in Gambela have approved the agreement. The company is now awaiting a response from the Ethiopian government, which must also approve the agreement before the company can start using the land.

Since 2018, Ethiopia has a new government led by Prime Minister Abiy Ahmed, the Nobel laureate who has become a key figure in the fight against land grabbing. The term land grabbing is usually used to describe foreign investment in agricultural land in low- and middle-income countries.

With new leadership, the international organization GRAIN hopes that Ethiopia will change direction and change its, according to them, failed agricultural policy. Karuturi Global's application to lease land in Gambela is the first critical test, means the organization.

The company Karuturi Global came to the region in 2009, when they entered into a 50-year lease agreement with the Ethiopian government regarding 300 hectares - an area that is about the same size as Blekinge. The agreement meant that Karuturi Global would use at least a third of the land for cultivation.

Five years later, only 0,3 percent had been used for cultivation. The media also began to report on deforestation, problems with food supply for the local population and forced relocations in the region. Continued sharp criticism from NGOs and local people led to the agreement with Karuturi Global was discontinued in 2017.

For the past 20 years, Ethiopia has pursued an agricultural policy that welcomes foreign investors to lease large tracts of land. Although Ethiopia's agricultural policy has been shown to be detrimental to water and food security in the country, the government continues to use the same guidelines. The interest among foreign investors has been great, to say the least.

According to a report on water resources and land investments by the law firm NAACP Legal Defense and Educational Fund, 3,5 million hectares - an area larger than Belgium - were leased to foreign players between 1999-2009. Ethiopia's agricultural policy has thus resulted in more than 40 percent of the land in Gambela being leased to foreign investors or made available for rent.

Karuturi Global's hope is to get a new chance to cultivate part of Gambela's land for food production. But the Anywaa Survival Organization (ASO) believes that the government should implement new strategies for land investment. They also believe that Ethiopia should follow the UN Food and Agriculture Organization (FAO's guidelines for responsible land and forest management.

ASO mentions that the basic principle of the FAO guidelines is to recognize and respect the rights of indigenous peoples and those with legitimate right of use of land. In addition, the guideline mentions that indigenous peoples should be consulted and participate in decision-making on issues concerning land that affect them, ASO explains. ASO means that by following these guidelines, Ethiopia will be one step closer to achieving food security for all in the country.

Mona Yassin is a non-profit member of FUF's editorial staff.