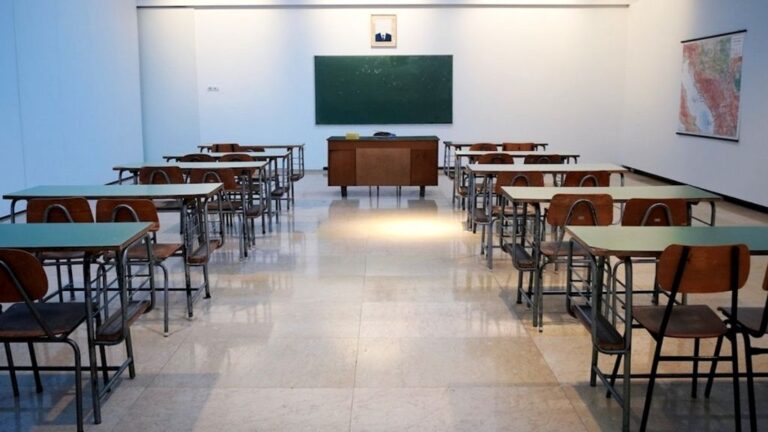 School closures due to the corona pandemic have created major challenges for teaching. Photo: ivalex, www.unsplash.com.

Covid-19 has accelerated an educational crisis that has affected an entire generation of children and young people. Problems that have long been hidden in classrooms have been made visible by school cuts around the world. Even in Sweden, the pandemic has created difficult conditions for learning.

Good education for everyone. It is one of the global goals of Agenda 2030. Achieving greater equality, gender equality and breaking the cycle of poverty in the world requires inclusive education and opportunities for lifelong learning. It said United Nations Development Program (UNDP) Sweden Earlier this year. In order to succeed in achieving the goal, education needs to become a more priority issue according to UNDP.

Organization for Economic Co-operation and Development (OECD) forecasts has shown that Covid-19 has led to a halt in global development in a number of areas and, in some respects, even to a setback. Education is one of the areas that was negatively affected during the pandemic. The OECD believes that states' attempts to deal with the pandemic through the closure have created an educational crisis.

When the pandemic reached its peak in April this year, only a few countries kept some or all of the schools open. 91 percent of the world's students in 194 countries were affected by school closures that were introduced to try to limit the spread of infection according to the United Nations Educational, Scientific and Cultural Organization (UNESCO). They list in a recently published report a series of challenges to achieve the global goal of good education for all. Where the current pandemic is said to have made it more difficult to achieve the goal.

Overnight, teachers and administrators needed to switch to new ways of teaching, correcting homework, and communicating with students and their parents. In most countries, the changeover was carried out without the teachers receiving any training or assistance from the state. A change that required significantly more from teachers than just learning some new technical knowledge, according to UNESCO. According to them, only a handful of countries in the world have had the basic infrastructure needed to meet the pedagogical challenge posed by the transition to digital learning.

At the same time as more and more countries have had to rely on digital solutions, UNSECO believes that the unevenly distributed access to the Internet contributes to exclusion. Many students and teachers lack good internet connection, equipment and computer skills to take part in the digital platforms. The pandemic thus risks further contributing to socio-economic differences between students. When school activities return to normal, the structure of the schools will play a decisive role. Targeted efforts will be required if the students who have been disadvantaged during the pandemic are to have an opportunity to catch up.

Some students are particularly vulnerable

Distance learning lacks the obvious benefits of being able to instruct students in a classroom. They also mean that different students get different conditions to take part in the teaching. Students whose conditions for taking part in the education have deteriorated are disadvantaged to a greater degree. At the time the UNESCO report was published, it was estimated that around 40% of low- and middle-income countries had failed to support students who were at risk of being excluded from their education. This refers to those students who live separately, are poor, belong to language minorities or have learning difficulties.

According to the report, it is particularly challenging for students with disabilities. Even if the technology is available for students who are blind or deaf to be included in the teaching, they will not have access to the tools they need from home. For students who have difficulty with change, for example those on the autism spectrum, schooling offers a necessary daily routine. Distance education also places higher demands on students to be able to concentrate independently, which disadvantages students with concentration difficulties.

In addition to students around the world missing out on educational opportunities during school closures, many children and young people now lack security. By offering a social arena for the children, the school fulfills more functions than just a forum for learning. UNESCO believes that many poor families rely on school meals to ensure that children have enough food. Some examples are highlighted where the children continued to be provided with food. In some districts of Japan, school meals were distributed, as well as in Argentina, Catalonia in Spain, and Washington and California in the United States. In China, boarding school students continued to receive food.

The risk of students dropping out of school increases when teaching is transferred to distance. According to a UNESCO report, up to eight percent of all students in France lost contact with their teachers three weeks after the school closures were introduced. In the American city of Los Angeles, a third of all students were out of reach.

The hope is that the immediate loss of learning opportunities experienced by a majority of children and young people worldwide during the pandemic will be temporary, according to a UNESCO report. However, they are clear that it is too early to speculate on what the effects will be. However, according to them, there is an imminent concern about how the long-term economic effects of covid-19 will affect the students.

The OECD estimates that global economic growth risks shrinking by 1,5 percent over the next hundred years as a result of the pandemic's school closures. The OECD warns that loss of learning means loss of skills, which is linked to their productivity. They also warn that school closures could widen the gap between rich and poor. When more and more people fall below the poverty line, according to the UNESCO report, it is therefore extra important that decision-makers review the inclusion challenges. When school systems are rebuilt, they must be made available to all UNESCO students.

During the spring, the Swedish Public Health Agency recommended distance education, a recommendation that facilitated in mid-June by the government. In connection with the recommendation being raised, the government emphasized that the higher education institutions had a responsibility to adapt the teaching and reduce the spread of infection.

Staff in the school and adult education are in a particularly vulnerable situation since young adults have been identified as being drivers of the spread of infection in Sweden during the autumn according to The National Union of Teachers. In a survey via their safety representatives, they have mapped out that the current restrictions are not complied with in a quarter of their activities. In one-fifth, no even risk assessments of the school situation have been carried out.

Measures to help Swedish schools in the future

In Sweden, education is a priority issue in the state budget 2021 according to the Social Democrats. To create better opportunities for adjustment as a result of the corona pandemic, the school will have more resources in the new budget. They now promise both increased general funding but also targeted resources where the challenges are greatest.

Louise Marklund is non-profit active at FUF as a world monitor.