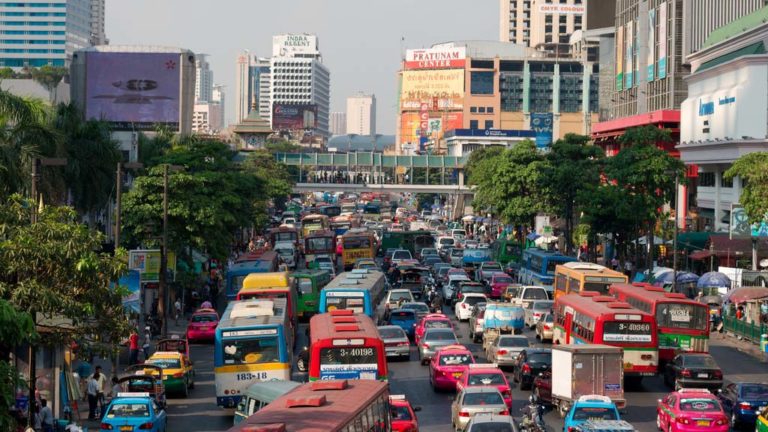 - More and more people are moving to cities, which means that installations and facilities end up underground because the space above is already occupied by other things, says Jonas Sundell who is a doctoral student and has researched the phenomenon.

Digging down facilities is not entirely unproblematic. They are often discussed, such as the major projects Bypass Stockholm and the West Swedish package in Gothenburg, which includes the acclaimed Western Link. The large tunnel projects have their advantages and disadvantages. Some of the positive effects are that tunnels provide more space for, among other things, residential buildings, parks, cycle and pedestrian paths and a reduced noise level. At the same time, tunnels can lead to falling groundwater levels. Reduced groundwater levels which in turn can give rise to the soil taking on a new shape and settling occurs.

Settlements in the ground can have major consequences for a city, but Jonas Sundell sees the light at the end of the tunnel on the problem. He has developed an improved method for risk assessment for tunnel projects and developed possible methods to solve the problem. The doctoral student explains that the idea of ​​his work is that it should provide a better basis for decision-making for measures.

An example where the problem has arisen is in the Scandinavian cities of Oslo and Gothenburg. In these cities, there have been problems with reduced groundwater levels due to leakage into underground tunnels. This has led to the ground around the tunnels moving and getting a new structure.

- Tunnels' water leakage can be compared to an ordinary barrel but vice versa. You want the barrel to be as tight as possible so that water does not leak out. The processes that take place around the barrel are the same as the water leakage in the tunnels, even though they are much larger, the doctoral student explains.

Similar processes can also be seen in Thailand's capital, which in principle is declining, slowly but surely. Instead of leakage into tunnels, the groundwater level has been lowered, and is still falling today, as a result of an excessive extraction of drinking water. At the same time, the pressure on the ground has increased due to Bangkok's heavy buildings and infrastructure. The two factors combined cause the city to decline and society to change slowly. It is possible to witness the city's bridges whose pillars become longer and its foundations exposed.

Restoring the settlements in the ground and repairing the leak is often relatively costly. The damage caused is normally cracks in buildings and infrastructure, however, it can also possibly change the surrounding nature and animals. The Hallandsås project is an example where the environment is negatively affected where people have not been able to benefit from their water sources. The groundwater levels were so low that some wells became empty of drinking water.

Research like this is getting some public attention. It is debated and known in the research and engineering sector, but often not included in the sustainability sector despite its strong relevance.