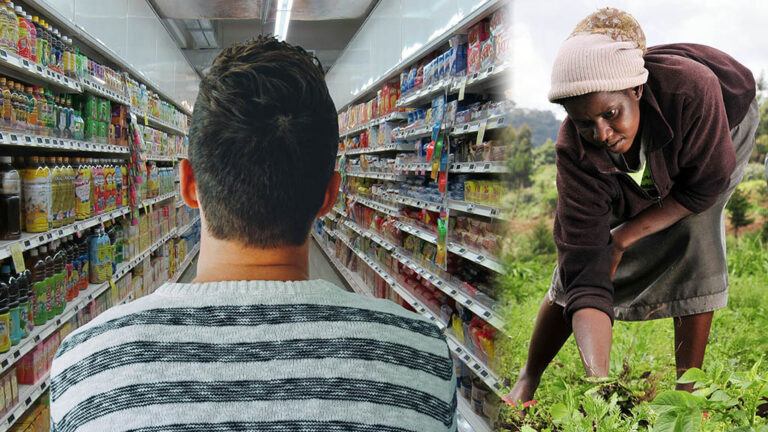 It is with the world's small farmers that the sustainable solutions exist, not with city dwellers like myself, writes guest columnist Joakim Billtén. Photo: Piqsels and CIAT (CC BY-SA)

When I started my internship at the Latin American group's office - and got to read about agricultural policy and the challenges the world faces in terms of food security and climate change - it was a real revelation. Below is a short account of things I learned and was amazed at. Hope you too can benefit from the knowledge!

Today, a majority of the world's agricultural land is controlled by multinational companies. In Latin America, land is used for example, to produce pulp and biofuels or to grow soy which is used as feed for the meat industry's cattle. This at the same time as 815 million people suffer from hunger, of which about half are themselves small-scale food producers. These producers stand for about 80 percent of world food production.

Large-scale industrial agriculture has serious social and environmental problems. Large amounts of chemicals pollute air, soil and water. This leads to negative consequences for human health and often destroys the soil, making it unusable for the future. Environmental sustainability is subordinated and often completely forgotten in the pursuit of short-term profit. Illegal and unethical methods are used to seize arable land and people are displaced to make way for chemical-demanding monocultures.

The Latin American groups, together with our partner organizations, work for an agriculture that is an asset, not a burden, for the environment, people and the climate. That is why we are joining the growing number of voices in support of agroecology. Among these votes are, among others, the United Nations Food and Agriculture Organization (FAO) highlights agroecology as a way to satisfy the world's hungry stomachs, while preventing catastrophic climate change.

Agroecological farming is based on the specific conditions of each place; both in the choice of crops and methods. Instead of monocultures, various complementary crops are grown, and instead of fertilizers and chemicals, organic pesticides are used. Agroecology promotes collective farming, short and fair distribution chains and solidarity between producers and consumers.

But agroecology is not just a technology, it is also a vision. A vision that states that man is a part of nature, and that nature must therefore be nurtured. The agro-ecological vision also has a strong focus on young people and women. These are as natural and important a part of nature as all human beings. It is therefore important that their perspectives take part in an emerging system based on ecological as well as social and economic sustainability.

That the concept of agroecology is relatively unknown in Sweden is not a coincidence.

Through its EU membership, Sweden is a participant in the World Trade Organization, and in doing so we bear part of the responsibility for today's deeply unfair trade conditions.

Today's trade agreement thus benefits Sweden and Swedish companies, at the expense of small, often family-owned, farms around the world, not least in Latin America. When the UN Declaration on the Rights of Small Farmers was voted through in November 2018, Sweden was one of only 9 countries that voted no.

Sweden has a self-image as a humanitarian superpower and has a good reputation internationally when it comes to human rights issues. Therefore, it is remarkable that Sweden voted no to such an important declaration, the content of which has such strong support both within the international system and by researchers. This was something that surprised me. Surely you will not be disappointed?

Agricultural land has become an attractive investment, not least among pension funds. Our pension money invests in activities that are in direct opposition to the sustainability thinking that agroecology represents. The Second AP Fund has invested more than SEK 8 billion in agricultural land. 27 percent of this land is in Brazil, including the Matopiba region. Where forest is burned up and watercourses are overused for growing soybeans and sugar cane not intended for human consumption. The Latin American groups, together with other civil society organizations, have drawn attention to this and some improvements have been made.

The big problem remains, however. Today's agricultural system is not sustainable, neither socially, economically nor ecologically. That is why Sweden and the world need to learn from smallholder farmers around the world. It is with these that the sustainable solutions exist, not with city dwellers like myself. Perhaps it is therefore important that we all, especially here in the Global North, ensure solidarity with the people and knowledge that exist in other parts of the world? For agroecology is needed. For the sake of humanity, justice and the climate!

Joakim Billtén is studying the last semester of Global Development at Stockholm University. He is currently doing an internship at the Latin American groups' office in Stockholm. 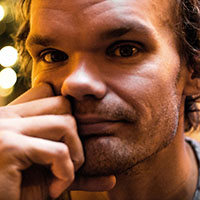