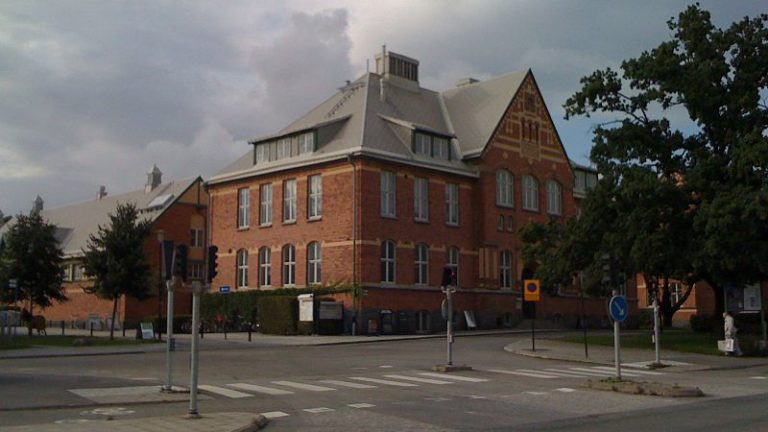 Governments and aid organizations are facing difficult considerations about how resources should be distributed, not least in light of the 169 sub-goals in Agenda 2030. But by analyzing how the goals affect each other, they can prioritize smarter - to the benefit of the whole, write Annie Sturesson and Nina Weitz, researchers at the Stockholm Environment Institute.

Swedish development cooperation repeatedly struggles with the balance between providing broad support to many countries and thematic areas or providing focused support based on political priorities. The global goals in Agenda 2030 have once again brought the issue to the fore by being both global and universal in its scope, as well as making visible connections between sectors and areas that have previously been handled in downpipes. The cross-sectoral nature of the agenda is a strength - but also a major challenge for the countries of the world that have committed themselves to implementing all goals.

In the light of the Paris Declaration on Aid Effectiveness and with the aim of pooling aid resources into a smaller number of countries, the Swedish government reduced the number of partner countries in 2007 from over 100 countries to 33. A few years later, 2011, gave the government Sida commissioned to carry out a subject focus in order to concentrate operations on fewer sectors. Sweden has also committed itself in international forums to promoting aid efficiency through more focused aid. The police framework for Swedish development cooperation and humanitarian aidsays explicitly to "Sweden can and should not do everything everywhere". But the question remains: how can Sweden best contribute? In order for more focused development assistance to lead to greater impact, the priorities must be based on solid analysis.

It is not always smartest to bet straight towards the goal

Admittedly, prioritizing means opting out, but by creating an image of how different sub-goals are connected and affect each other, we can focus efforts on the goal areas that have the ability to facilitate several other goals to be achieved. This should be the starting point if the aim is to achieve as much goal fulfillment as possible of Agenda 2030 in its entirety. If the starting point is instead to direct efforts directly towards the goals that reflect already set political priorities, an increased understanding of how these target areas interact with other target areas to identify necessary collaborations still helps.

An analysis tool which could assist with this type of overview is what researchers at SEI are developing. Through a systematic assessment of how the goals affect each other combined with network analysis, the analysis tool identifies which sub-goals have a large positive and negative influence on the other goals and where goal conflicts or synergies arise. In a study where SEI's researchers 2017 first presented and tested the method for 34 sub-targets in Sweden, it emerged, for example, that increased protection of water resources risks making it more difficult to make progress on the targets for renewable energy.

In addition to identifying synergies and potential goal conflicts between the sub-goals, the method aims to create an overall picture of how the entire agenda is connected and which sub-goals should be prioritized in order to make as much progress as possible on the global goals. If you take into account how the goals affect each other, it is not certain that the smartest strategy is to direct limited resources directly towards the sub-goals you want to achieve. This was shown, for example, in Mongolia, when the method was used in a workshop with government actors in December 2017. The results from the analysis indicated that sub-goals for effective management and administration had the greatest influence on other sub-goals - across all sectors. Investments in effective institutions thus benefit all sub-goals and thus promote the implementation of Agenda 2030 in its entirety.

On SEI continues the development of the analysis tool and to develop a visual language to communicate about the results. By extension, the ambition is for a tangible tool to be made available to decision-makers.

Can guide donors and governments

Researchers at SEI are developing the analysis tool primarily to support decision-makers in the implementation of Agenda 2030. But it has potentially a broader application. In Sri Lanka going on a longer project in order to support the government in developing coherent strategies for the implementation of the global goals. In the long run, the results could be used by the Sri Lankan government to coordinate development assistance in talks with donors in line with the priorities for Agenda 2030. In a Swedish context, the framework can provide guidance to the Ministry for Foreign Affairs when developing new development assistance strategies or support Sida in implementing the strategies. . By making visible connections between thematic areas, it can be seen as a concrete tool for cohesion policy. The analysis could be carried out on a global or national level to, for example, study the collaboration between the three perspectives that permeate Swedish development cooperation - climate and environment, conflict and gender equality.

When we have used the analysis tool, we have focused on how progress within one sub-goal affects the opportunities for progress within another sub-goal at national level. A further development could respond directly to Sweden's policy for global development and its ambition to take into account how political decisions in Sweden affect other countries' conditions for implementing the agenda. Perhaps the most telling example is how Sweden - when we reduce our greenhouse gas emissions - also affects other countries' ability to do the same. Since many of the goods that Swedes consume are produced in other countries, Sweden has exported its emissions.

The lack of a holistic view of Agenda 2030 - and an inability to analyze how different goals belong together - is a knowledge gap that must be filled in order for us to implement Agenda 2030. Applying a systems perspective and making smart priorities is especially important in a context where Swedish actors can not or should not try to do everything. Sweden should instead prioritize smart in order to best contribute to the implementation of the 17 global goals - both nationally and internationally.